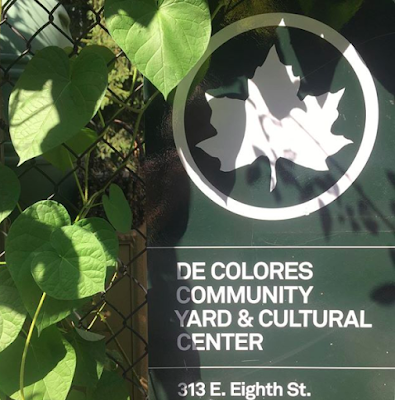 By one estimate, nearly 100 community gardens on city-owned land are in danger of closing or relocating due to the ongoing dispute over the licensing agreement from the department's GreenThumb program.

In April, community gardeners received a new four-year license agreement that they say substantially changes the relationship they've enjoyed with the city since 1978.

There hasn't been any progress made with negotiations, and the Parks Department has told groups that they won't be permitted to continue operating without signing the new licensing agreement.

In the letter to Parks Commissioner Mitchell J. Silver dated Oct. 10 and made public yesterday, elected officials encouraged the Parks Department to return to the negotiating table with community garden leaders and reach a fair deal for gardeners that allows them to continue operating with a neighborhood-led approach.

"Under the proposed license ... GreenThumb becomes an agent of enforcement rather than a garden-friendly working partner. The 2019 Community Garden License Agreement and GreenThumb Gardeners’ Handbook contains new burdensome requirements that could hinder the community outreach and engagement that is a hallmark of community gardens in New York City."

"City Hall’s attempt to change GreenThumb licensing agreements ... threatens the ongoing operation of our community gardens," Hoylman said in a statement released yesterday. "Commissioner Silver and the Parks Department must revise this licensing agreement so we can preserve these vital community spaces for years to come."

Said Rivera: "It is critical, that as we begin to recognize and address the decades of environmental injustice and racism, our city does not turn its back on the one area of environmental independence our minority communities have grown and fostered — our community gardens."

Find a copy of the letter at this link.

Officials for the Parks Department have downplayed any garden drama.

"These renewals happen every four years and always have small changes based on experiences from the previous four year cycle — this cycle is no different," Crystal Howard, assistant commissioner for communications at the Parks Department, previously told amNY.

Community gardeners to rally at city hall over remaining issues with new license agreement
Posted by Grieve at 5:01 AM

Bah humbug. Leave the gardens alone. Trump wins - again and again as long as this mean spirited garbage prevails. De Blasio is exactly the same as his would be presidential opponent. Can we please replace him with someone who actually serves the people of this city and isn’t hell bent on destroying everything beautiful about this place?

These parks are essential to the well-being of New York.

Having read this post, the letter to Commissioner Silver, and various other coverage of the license renewal, I don't see any examples or explanation of how the new agreements make GreenThumb "an agent of enforcement rather than a garden-friendly working partner". What is GreenThumb obliged to enforce under the proposed new license agreements?

The new licensing agreement was set up for community gardeners to fail. Why? So Death-of-the-City de Blasio could take back the lots and sell them for housing redevelopment.

I noticed in the article that are local pols decry Park Inequality as racist... WoW.... Is that a news flash? Just look at TSP! The bathrooms were voted the worst in the city, the open space at times looks like a vacant lot and the roadways look like third world streets. Perfect example of ONE PARTY RULE... ONE APRTY RULE.

Good. This Parks Department takeover attempt is disgusting. Even the generic signs that all the gardens have to have takes away from the local feel. And sorry, but volunteers are not Parks Department employees so if you want them beholden to your rules, pay them. They take care of those gardens for nothing.