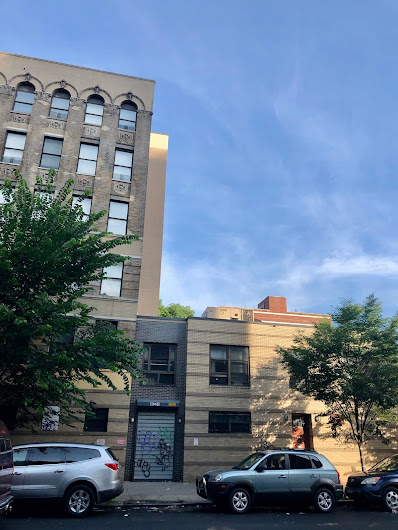 The Bowery Mission recently (as of July 15) put its Men's Center at 45-51 Avenue D on the sales market.

JLL Capital Markets is marketing the property, located within one of five designated Opportunity Zones in Manhattan south of 96th Street.

Some details via the JLL newsroom:

The property has two existing, conjoined structures that will be delivered vacant. 45 Avenue D is a six-story building that spans approximately 48-feet wide, totals 20,174 square feet, and contains an elevator. 51 Avenue D is a two-story building that spans approximately 44-feet wide and totals 6,141 square feet. Investors have the flexibility to renovate either one or both structures into a valuable residential asset.

Alternatively, investors can elect to demolish both structures to pave way for an approximately 92-foot wide, ground-up project that could be developed into a building with approximately 53,338 zoning floor area through New York City’s Inclusionary Housing Bonus Program (IHB).

In the event an investor decides to reposition the existing six-story structure and demolish only the two-story structure, there will be approximately 22,422 ZFA remaining as-of-right that can be further increased to approximately 33,164 ZFA through the IHB program for a ground-up project on the remaining 44-foot wide lot.

The Bowery Mission reportedly decided to sell this property between Fourth Street and Fifth Street, which has been part of its portfolio since 1994, to fund programming at its other locations, totaling eight in New York, New Jersey and Pennsylvania.

Avenue D has seen several new developments in recent years, including the Adele ... the Niko East Village ... and Arabella 101.
Posted by Grieve at 5:30 AM

Because of course lots of people are just slavering at the anticipation of being able to come to NY in the midst of staggering physical, economic and employment insecurity so they can overpay to live on Avenue D.

@Gojira hits it on the head as usual!

Once bought and converted to rentals, will be the perfect spot for transplants moving to nyc...Facebook just leased out 700.000 sq feet of space in midtown, when their employees go back to work at the office they’ll need apts