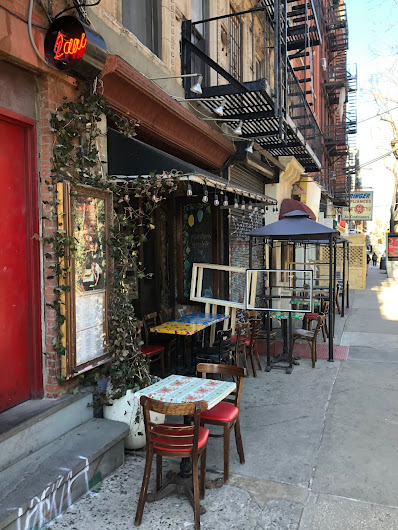 East Village restaurateur Frank Prisinzano is opening a personally curated grocery store on First Avenue.
In a series of clips in Stories at the newly created @frankiesgrocery on Instagram, Prisinzano unveiled some of the plans.... starting with that he might not actually call it Frankie's Grocery.
"I'm still conceptualizing everything," he said. 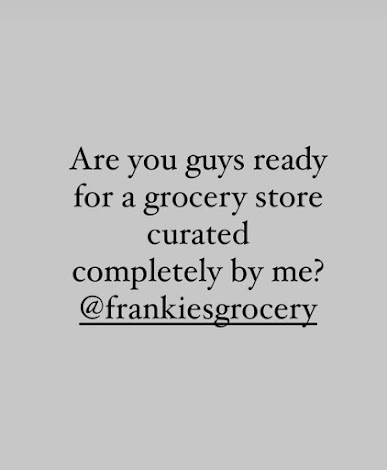 He has signed two leases for storefronts, though he only divulged details on a space adjacent to Lil' Frankie's on First Avenue between First Street and Second Street.
"I've always wanted to have a grocery store. I've always wanted to curate all my own products," said Prisinzano, who also owns and operates EV mainstays Frank on Second Avenue and Supper on Second Street. "It will be a curated list of products that I use and recommend. Nothing will be on the shelves that I don't personally love."
He plans on having a deli case inside the new shop to sell sandwiches ... with a vertical slicer for prosciutto. He's also thinking about offering homemade gelato and sorbet — similar to what his restaurants have on the dessert menus. Other amenities will include a 20-foot table to host private parties catered by the shop.
"I'm going to keep it real simple, real Italian and real fresh," he said.
Posted by Grieve at 5:30 AM

I'm very excited for this!!!

It will be nice to have another option to Russo's! Although, I love Russo's.

I love that he's thinking of doing sandwiches, looking forward to it Frankie!

Please offer real italian paninis on fresh bread. I miss the ones that Taralucci & Vino used to have on their lunch board years ago. Anyone remember 'ino in the WV? Also excellent pressed panini. Mmmm

Would love sandwiches like Sergimmo Salumeria on 6th Ave!!!

@ La vie est belle -- Yes!! i do remember 'ino - it was SO GOOD. there was also the sister restaurant, inoteca, on LES.

@12:30 Will fix that for you. You mean more small locally owned mom and pop businesses like Russo's and all the small, diverse food shops the neighborhood used to be full of, all forced out due to outrageous rents. Apparently today you have to have a concept and curate the goods. Curate, ha! Something only PhDs used to do.