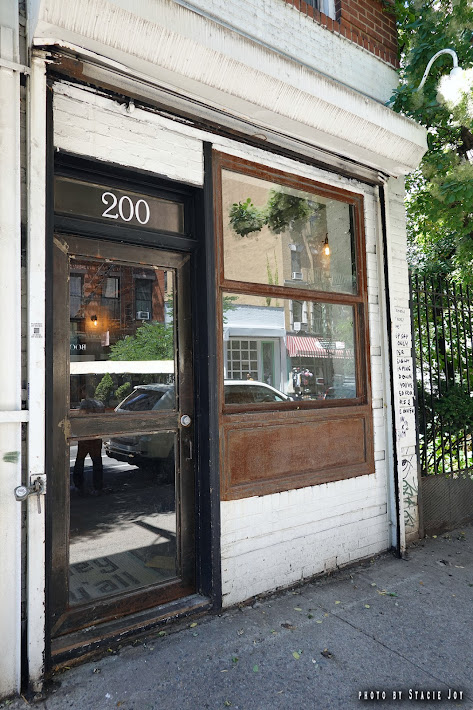 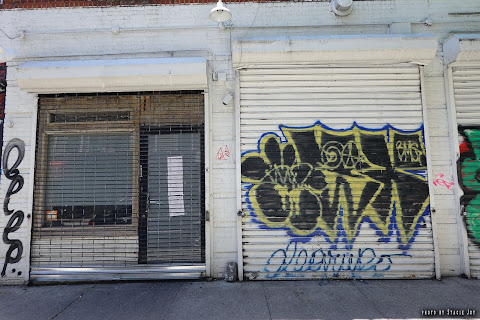 The restaurant's ownership will appear before CB3's SLA committee tonight for a new liquor license for the address just west of Avenue B.
The questionnaire on file at the CB3 website shows proposed hours of 11 a.m. to midnight Monday-Thursday, with a 10 a.m. start Friday through Sunday (with a midnight close). A sample menu with the questionnaire shows a brunch service. The plans call for seats/tables for 52 diners with a four-seat service bar.
Virginia's closed on 11th Street at Avenue C this past New Year's Eve. Their lease was up, and ownership decided to look elsewhere for a new space for the bistro that opened in May 2015.
The Virginia's website lists a fall opening here.
Root & Bone shuttered in April after eight years in business.
Posted by Grieve at 5:28 AM

Mama's Food, where are you Mama?

I am sooo happy that they are reopening and even happier that it's new location is closer to me!

This is fantastic news! Glad to see this space not be empty long and equally glad to see a concept that already called the East Village home moving here.

Wow, great news! I do miss Root and Bone, I'm happy to hear Virginia's will be picking up where they left off. I can already taste that burger.... welcome back Virginia's!

funny the signature form says sidewalk tables (quite a bit mind you) yet their diagram shows a huge street shack, when will it stop?

@2:43pm: It also states 'yes with regards to "DOT OUTDOOR DINING SIDEWALK CAFE AND ROAD BED DINING" so they aren't hiding anything.

What would you rather have there, cars? 😑

The problem when Root & Bone had a shack there was all the RATS! Tons of them. And there have been significantly less since R&B closed. (Loved the people and the food, but the rats were out of control...)