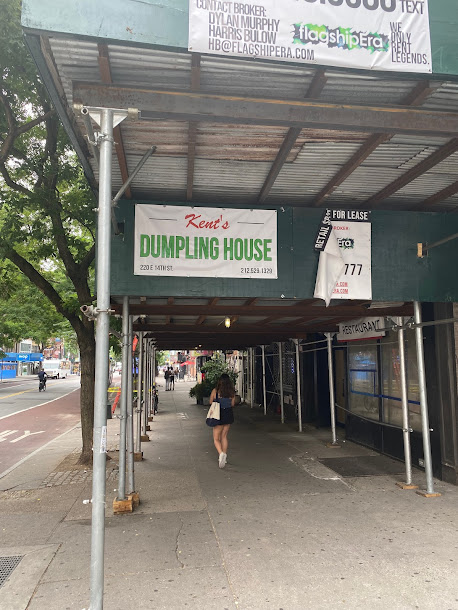 Photos by Steven
That looks to be all for Kent's Dumpling House at 220 E. 14th St. between Second Avenue and Third Avenue. (H/T @AlexVadukul!)
The quick-serve restaurant has been closed of late, stuck under not one but two sidewalk bridges (!?!?) ... Google lists Kent's as permanently closed... 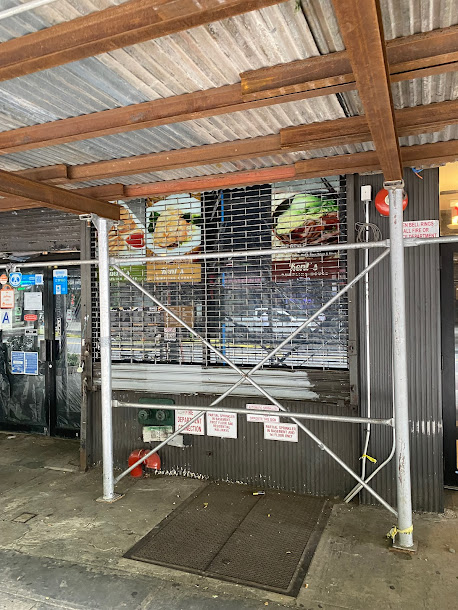 Workers have started to take apart the interior of the bargain-eats fave... 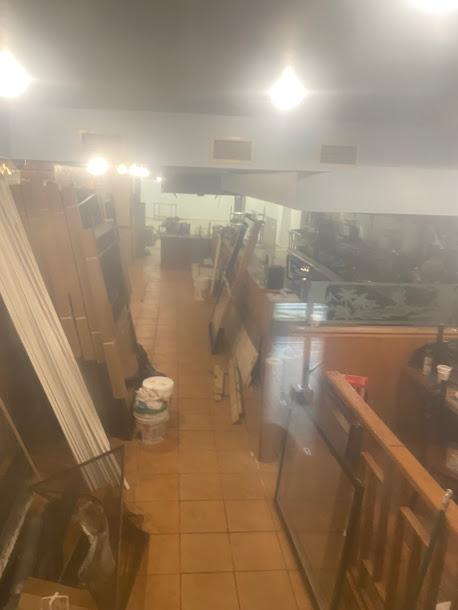 Kent's opened in 2019, taking over from Vanessa's Dumpling House (most of the staff remained the same).
Posted by Grieve at 4:50 AM

Damn, that was a great place to stop after running Saturday errands - but yeah, I was frequently the only one there...

Absolutely great that the scaffolding industry gets a license to kill businesses every 5 years. Why not every 8-10 years? Is the construction that shoddy?

The scaffolding nonsense is another example of our overregulated hellscape. https://ny.curbed.com/2019/12/4/20994695/nyc-buildings-scaffolding-construction-sidewalk-sheds