At long last, this section of 1st Street is free of a sidewalk bridge 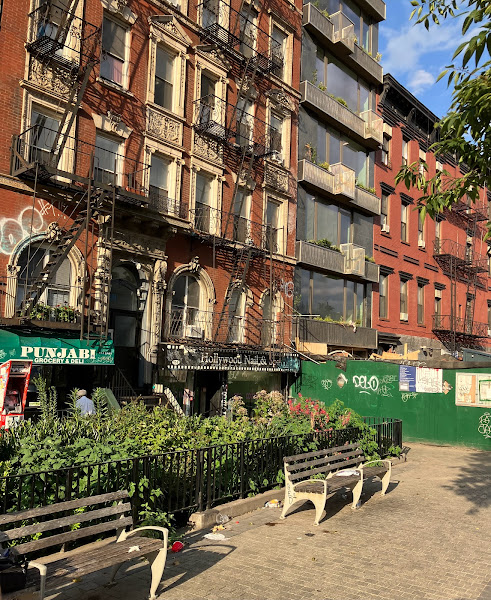 Workers yesterday finished removing the sidewalk bridge surrounding 118 E. First St., the new 9-story condoplex between Houston/Avenue A and First Avenue.
This has been an active construction zone since the extended plywood, whose wobbly remains are still in place, arrived in April 2018. Demolition of the former building at No. 118 started in May 2015. So that's seven years of work for this one project... 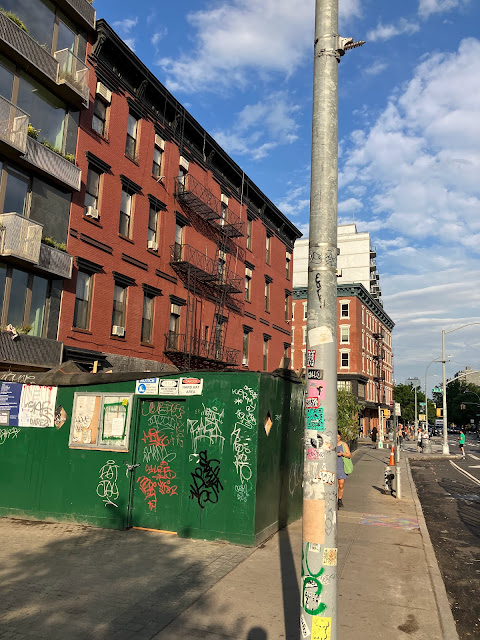 And this doesn't even include the mess this corridor was during the never-ending East Houston Reconstruction Project, which finally wrapped up at the end of 2018 — six years behind schedule.
A 2015 First Street flashback for you... 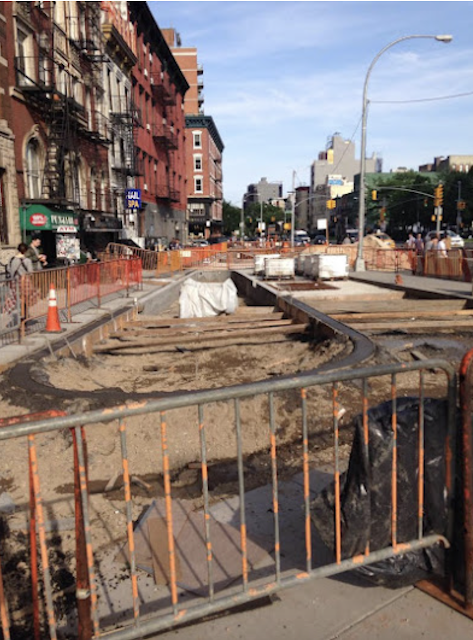 Anyway, good news for the Punjabi Grocery & Deli, which has struggled to stay in business during all this... not to mention the adjacent establishment, Hollywood Nail & Spa, and the residents of these buildings... and anyone who walks along this corridor... 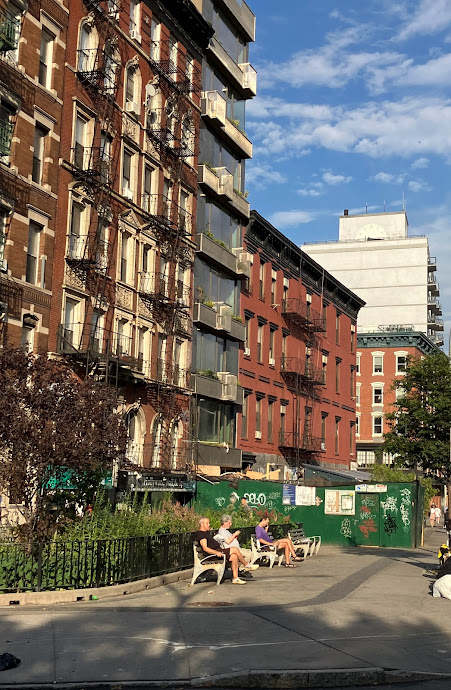 That's nice, but how much longer is Boulton & Watt going to be allowed to use the entire other part of the sidewalk for their personal business outdoor garden? That sidewalk was widened for a reason, and they have it blocked off 24/7 like it's their own gated area. I know this is a wider problem, but seems especially obnoxious with how they get away with that.

I routinely walk through Bolton and Watt's outdoor area... whether customers are there or not. It's ridiculous.

Still, I'm happy to see this block start to come out from its cocoon.

As a 20+ year resident of that very block, as well as a very regular customer of B&W, I hope they keep it exactly as is.