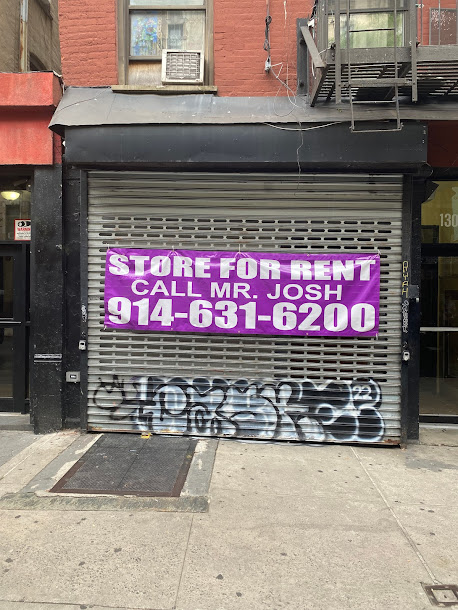 Photo by Steven
A large for-rent sign now hangs on the gate at 130 St. Mark's Place just west of Avenue A... apparently bringing an end to Kura.
There isn't any official notice of a closure, though the restaurant has been closed during listed business hours and Resy is no longer accepting reservations. (The phone goes unanswered as well.)
The upscale sushi spot opened in early 2013, and its omakase meals and presentation drew praise from The New York Times.
This space has the dubious distinction of housing Tre Scalini, an Italian restaurant that opened and closed in less in two weeks in July 2011.
Posted by Grieve at 4:50 AM

They're moving a bit more west according to the head chef. The lease was up, and rent was way too high for the size of the space.