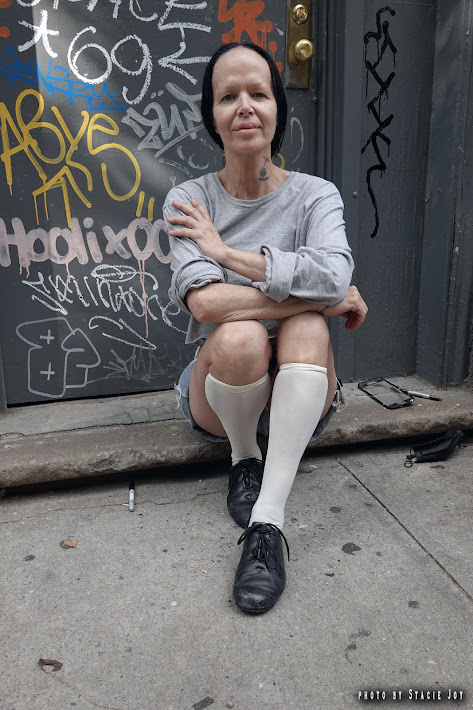 Images by Stacie Joy
East Village performer and godmother of modern-day shock art Kembra Pfahler has new studio space on Sixth Street.
She has been holding a few studio visits in the space that she shares with several other artists. It's an opportunity to hang out... as well as pick up some merch and a selection of artwork from her band that she co-founded with Samoa Moriki, The Voluptuous Horror of Karen Black.
EVG contributor Stacie Joy stopped by the basement space this past Saturday... 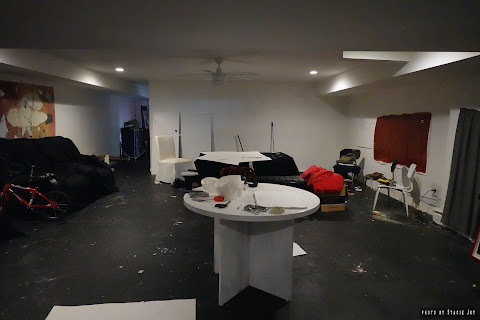 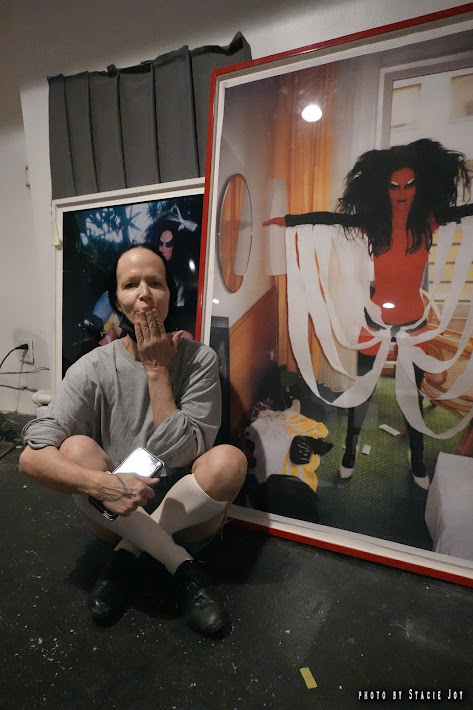 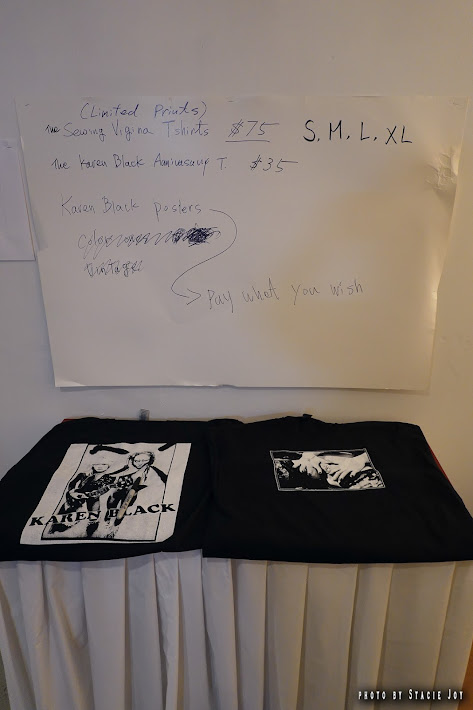 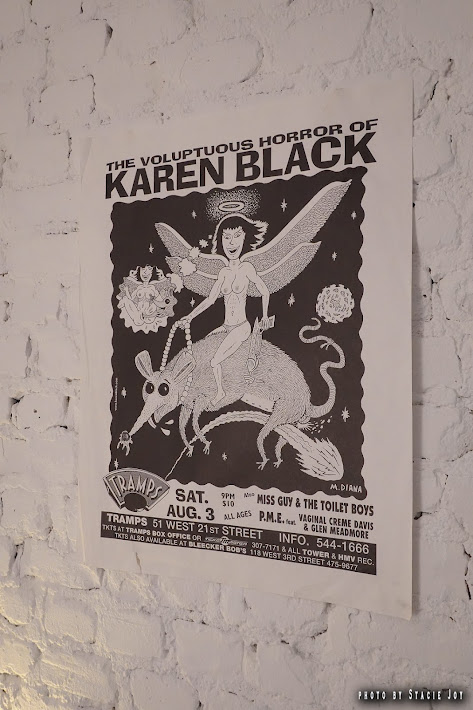 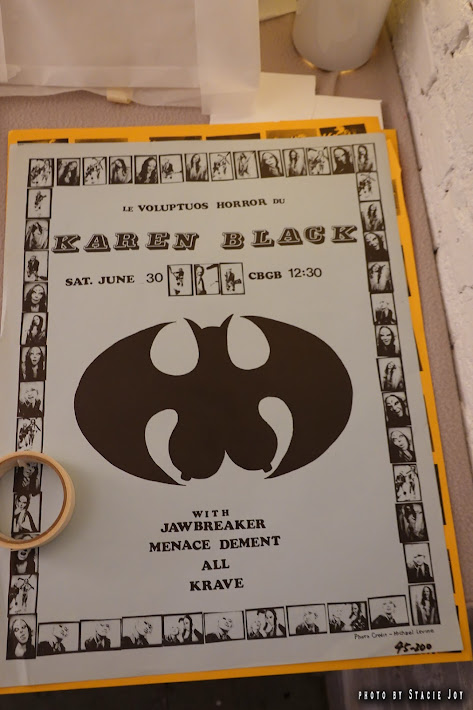 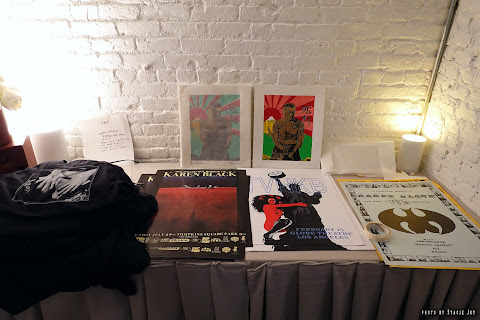 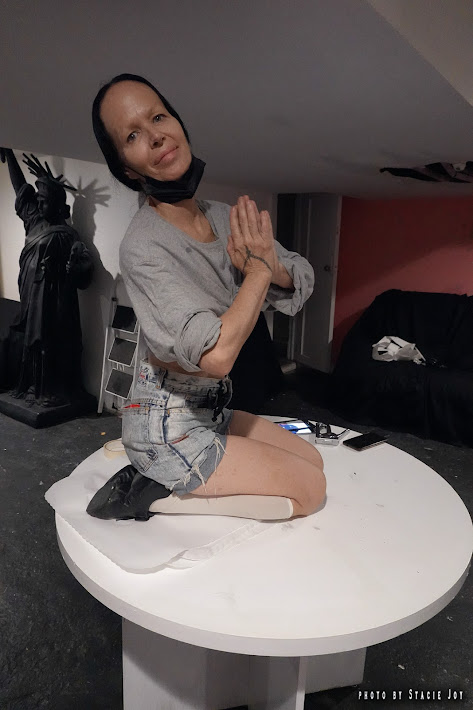 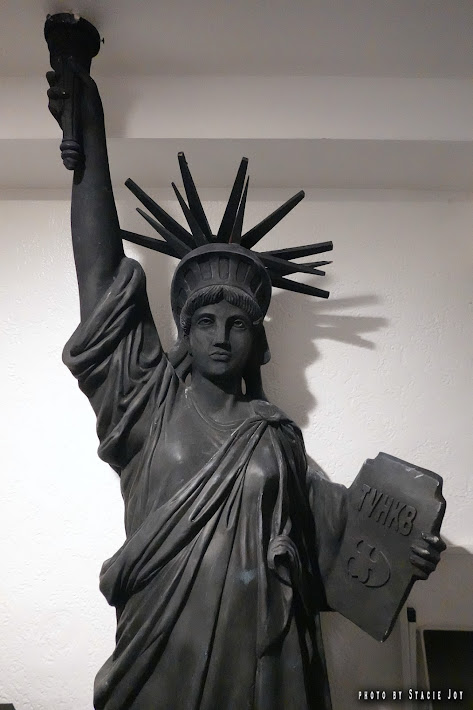 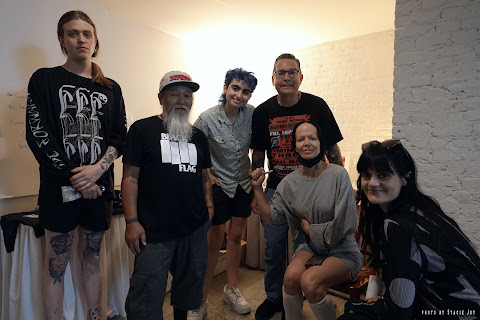 The space is at 431 E. Sixth St. between Avenue A and First Avenue. She'll announce the studio visits on her Instagram. There may also be a sign up on the door... 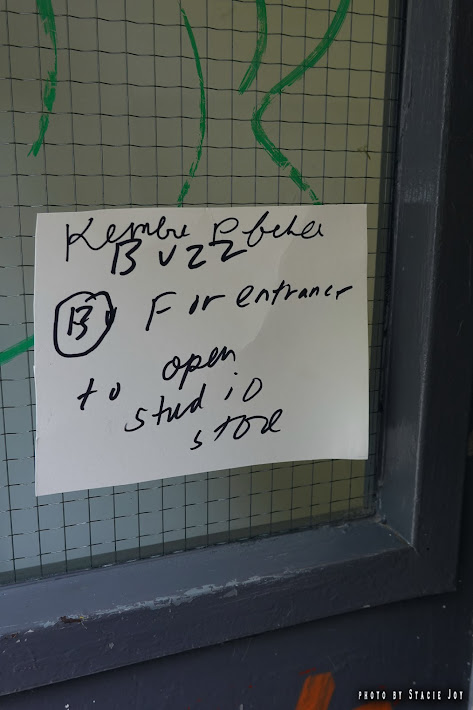 Meanwhile, if you're in London this summer... the Emalin gallery is presenting "On The Record, Off The Record: Sound Off," a solo exhibition of new and archival works by Pfahler, her third show here. It's up through Aug. 27.
From the catalog:
Pfahler is a key figure of New York’s underground scene. With a practice spanning music, performance, acting, film and visual arts since the 1980s, the image vocabulary she has built informs the countercultural aesthetics of the Lower East Side.
Posted by Grieve at 5:30 AM

Awesome! I want to visit!

Thanks Stacie - Big fan - will have to visit thanks

Not very well known but VHKB is a kick ass rock band. Karen did a great cover version of Disco Mystic at the Lou Reed tribute several years ago.

Hey Stacy thanks for your visit .This is a community space facilitated by Sorat May Andersen , the shoo is open a couple times a month saturdays 4 ro 6! Be welcome to stop by . Safe space hurray! Again Thankyou so much !!!