Íxta announces itself on the Bowery 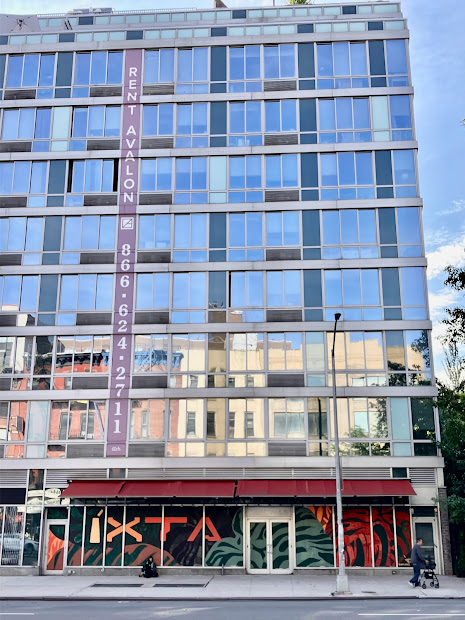 Storefront signage is now up for Íxta at the long-vacant 299 Bowery between First Street and Houston.
Last August, CB3 OK'd a liquor license for restaurateur Akbarali Himani, whose credits include a Chickpea in Penn Station and NISI Mediterranean in Times Square.
A job listing for an executive chef here describes Íxta as a "trendy upscale Mexican restaurant." As previously noted, the space in the Avalon Bowery complex is quite large, with a capacity of 194 patrons, who would be treated to "live Mariachi performers," per the restaurant's questionnaire at CB3.
Daniel Boulud closed DBGB here in August 2017 after an eight-year run.
Posted by Grieve at 4:55 AM

Almost anything better than DBGB. I ate there once and while the food was fine, always hated what the place represented, and catered to, especially for this neighborhood.