From Mikey's to Smileys on Avenue A 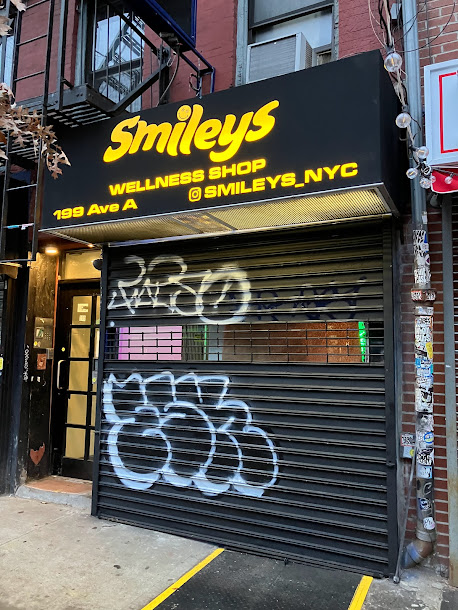 Signage is up for Smileys, a "wellness shop," at 199 Avenue A between 12th Street and 13th Street.
The business logo is of a smiley face with marijuana leaves for eyes (see the brand's Instagram account) ... presumably another unlicensed weed-related shop.
Until early November, this storefront had been home to Mikey Likes It Ice Cream for nearly nine years. Founder Michael "Mikey" Cole announced that his company was undergoing a reorganization and that they would reopen a new flagship location elsewhere in 2023.
In an Instagram post, Cole stated that the Avenue A store closed following the constant "day-to-day battle and hardship" during the pandemic.
In other storefront news here, the psychic is no longer in the space next door (though the awning remains)... 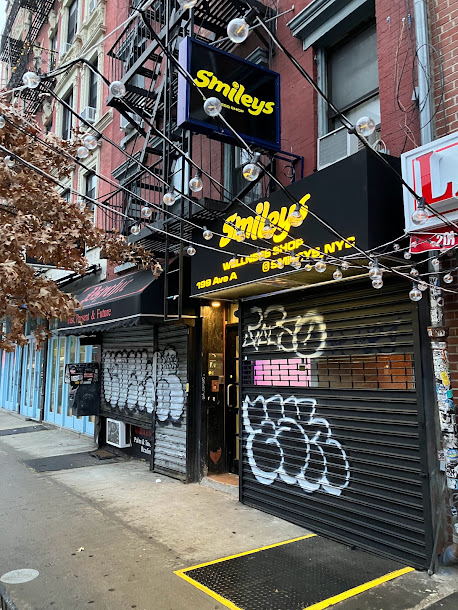 All this turnover in marijuana stores must mean a ton of business for the people who make signs & awnings.