Breaking: Living in Manhattan can be expensive for young professionals 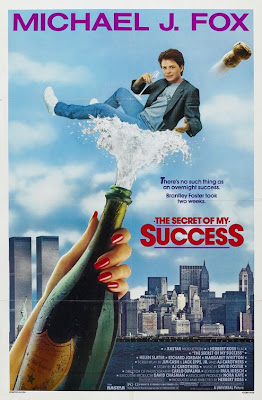 The Times has a piece today -- titled Starting Salaries but New York Tastes -- on how difficult it is being a young professional trying to live in Manhattan. What some people have to go through!

Some tactics have long been chronicled: sharing tiny apartments with strangers. Sharing those apartments with eight strangers. Eating cheap lunches and skipping dinners — not just to save money, but so that drinks pack more of a punch and fewer need be consumed.

But there are smaller measures, no less ingenious, that round out the lifestyle. These young people sneak flasks of vodka into bars, flirt their way into clubs, sublet their walk-in closets, finagle their way into open-bar parties and put off haircuts until they visit their hometowns, even if those hometowns are thousands of miles away.

Ms. Werkheiser’s salary as a publicist, while well south of six figures, might be considered enviable elsewhere in the country, but in New York she has had to reprioritize. So the remote wardrobe was not her only money-saving tactic. She also gave up being a blonde.

Before moving from San Francisco last fall, Ms. Werkheiser realized that paying salon prices for platinum tresses in New York would require cutting back on needs like food and shelter. “So I went natural,” said Ms. Werkheiser. “I dyed it dark, a New York brunette.”

She and her friends have also located just about every B.Y.O.B. brunch spot in the city, plotting them out on Google maps. The cost-consciousness, Ms. Werkheiser says, is worth it: She adores New York and lives, with two roommates, in a $3,450-a-month three-bedroom apartment on the Lower East Side, verily the center of the universe for Manhattan’s young and hip.
Posted by Grieve at 2:16 PM

Email ThisBlogThis!Share to TwitterShare to FacebookShare to Pinterest
Labels: articles that have been done to death, Manhattan is expensive, New York Times, young professionals

So what's changed? Remember the book "Slaves of New York," the title was based on the premise that your universe was defined by finding a cheap apartment and then you could never leave.

You're right, Jill...Plus, it seems as if the Times recycles this article every few years...not that it's that original to begin with...