Articles that I won't be reading this week 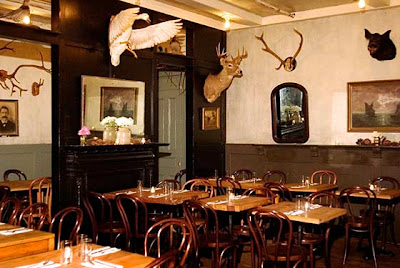 From New York, a profile of Taavo Somer, proprietor of Freemans, etc. The sub-head alone is enough to scare anyone off:

Coolhunted
For those in search of the next groovy thing, Taavo Somer, proprietor of Freemans and the new Rusty Knot, is the prey of the moment. His downtown anti-style wants to have it all ways all the time—ironic and earnest, neurotic and carefree, cool and cheeseball

Actually, I did read the first three paragraphs, where there was a discussion on the old ice machine at Joe's:

To Somer, however, the ice machine was an object of mysterious beauty. He’d moved to New York to be an architect, and although he’d quit the profession almost immediately, he retained an architect’s compulsive tendency to deconstruct interiors, to take them apart in his head and figure out how they worked. “That ice machine was just kind of awesomely utilitarian,” he says. “The inner workings were right in front of you, not hidden away in some super-refined way.” Somer soon found himself filling drawing pads with studies of dive bars—detailed renderings of fictional haunts where he imagined his friends would hang out. The places he drew looked like Joe’s, with one crucial difference: Everything accidental was now orchestrated, the ice machine a piece of the design. “You don’t know it, but that’s what makes a place like that so comfortable,” says Somer. “That’s why you want to come back every night.”

Do you blame me for stopping after this?

Also, not to pick on New York, a magazine I generally like, there's the cover story on something called Sex and the City. The headline and sub-head here make the article seem sympathetic to the star.

Sarah Jessica Parker Would Like a Few Words With Carrie Bradshaw
The Sex and the City star likes Victorian morality tales, frets about artistic purity, and laments the passing of Old New York. So how did she become the poster girl for the New Manhattan

Let me know how it goes. 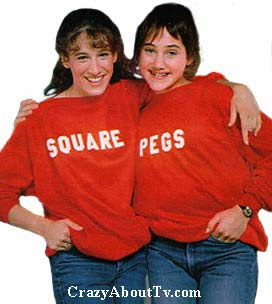 Meanwhile! The New York Daily News also thinks New Yorkers care about the Sex and the City movie. What else would explain the paper running an EXCLUSIVE review of the movie 25 days before it opens? Great scoop, thanks! Oh, and Features Editor Colin Bertram gives it a breathless four out of five stars.

Meanwhile, does anyone die in the movie? Does anyone here care?
Posted by Grieve at 8:33 AM

Email ThisBlogThis!Share to TwitterShare to FacebookShare to Pinterest
Labels: movies that we will never see, New York magazine, Sex and the City