Real estate update: "Much of Manhattan continues humming along" 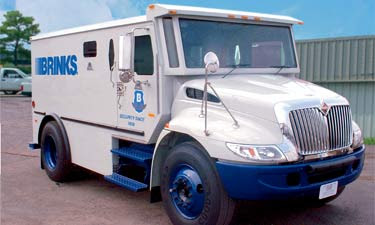 The Wall Street Journal has a piece today on cities where home prices on holding up. While the housing market may be soft in, say, San Francisco, to no surprise, you won't many bargains in Manhattan.

According to the Journal:

While New York's commuter market -- which includes suburban New York, New Jersey and Connecticut -- is down about 8% from its peak in mid-2006, much of Manhattan continues humming along. Neighborhoods such as SoHo, the Lower East Side, Greenwich Village, Chelsea, Murray Hill, the Upper West Side and Harlem are all up in the past year, according to DataQuick's Zip Code analysis.

Bidding wars still happen. Toni Haber, an executive vice president at Prudential Douglas Elliman, a New York City real-estate firm, says 60 people waited in line recently at an open house to view a three-bedroom apartment in Greenwich Village. The owner had four competing offers within the week, and agreed to sell for about $2.5 million -- $300,000 over the asking price.

Part of the city's strength comes from the fact that few buyers were investing in properties to flip them. Moreover, many apartment buildings in New York aren't condominiums but co-ops, which impose financial demands on potential buyers far more rigorous than banks do -- which helps keep the number of foreclosures down. In addition, foreign investors have been exploiting the weak dollar by grabbing Manhattan real estate.
One area of weakness: the Financial District in Lower Manhattan, where median prices are down, in part because of an abundance of new construction in the area.

Those areas of Brooklyn that are close to Manhattan are also holding up well. On the periphery, places like Jamaica, Queens; parts of the Bronx; and nearby New Jersey towns such as Jersey City and Hoboken are off between 3% and 14%.
Posted by Grieve at 7:27 AM

Email ThisBlogThis!Share to TwitterShare to FacebookShare to Pinterest
Labels: everything is expensive, real estate in Manhattan