"Everything has a price. Everything except outsider eccentricity, which evidently is bad for business" 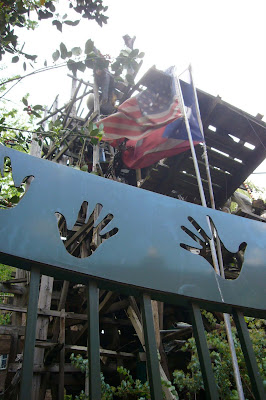 Excellent essay in New York magazine by Jerry Saltz on the Tower of Toys (RIP).

On the tower's creator, Eddie Boros:

He was a fixture in a neighborhood of human fixtures, a reminder that the East Village was still marginal, where odd things were normal and normalcy was odd.

On art and gentrification:

It wasn’t beautiful, but it was beautifully eccentric, part of a folk-art tradition put together from the detritus and wreckage of once-raggedy neighborhoods by individuals working on the edge of society. Adam Purple’s glorious “Garden of Eden” on Eldridge Street was torn down in 1986; the metal-sculpture garden on Avenue B and East 2nd was evicted in 1995. And last week, the Tower of Toys came down. All of these projects, and others elsewhere in the city, served as demarcation lines, stopgaps against encroaching gentrification. Now there aren’t any peripheries in Manhattan, and there are few anywhere in the city. Everything has a price. Everything except outsider eccentricity, which evidently is bad for business.
Posted by Grieve at 8:30 AM

What will these gentrifiers will write (and who) when these condos come down, and the Varvatos's & Jacob's are tore down?