I continued my walk around the construction-filled Fulton Street area in search of small shops surviving (or not) in the shadow of development hell. 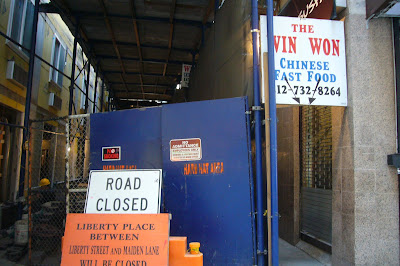 To access the Win Won, you simply need to mosey down this inviting-looking passageway. 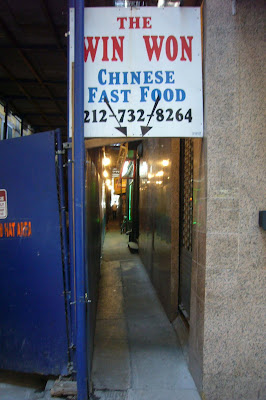 I stopped by a little before noon. No one was dining inside, where you're treated to a view of darkness and construction debris. The place seems to do a healthier delivery business. 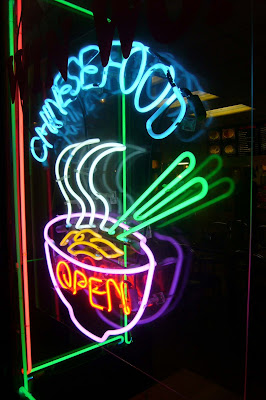 For the record, I ventured further down the sidewalk to check out this other store front. Not much going on. The front door was open that led to a small hallway. I didn't stick around. 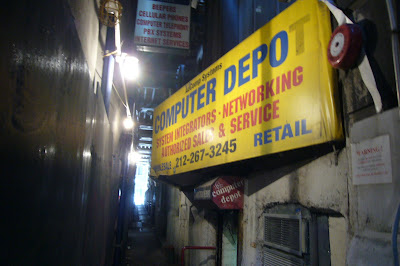 In any event, sure, the Win Won isn't the greatest Chinese restaurant that ever existed, but it's certainly serviceable. More important, though, it's an inexpensive alternative to an area now catering to a more upscale market. With more and more condos going up, this area caters to the yunnies. Witness the openings in the last year of more familiar white-bread chains on Maiden Lane, including yet another Subway, Papa John's, Chipotle and one of those expensive custom salad places. Meanwhile, the mom-and-pop places for non-executive-type workers are seemingly becoming scarce.

For now, the Win Won continues to operate while the 20-story Wyndham Garden Hotel at 20 Maiden Lane inches skyward. This one is a doozy: The hotel is L-shaped and wraps around three low-rise buildings that sit on the corner of Maiden and Nassau. 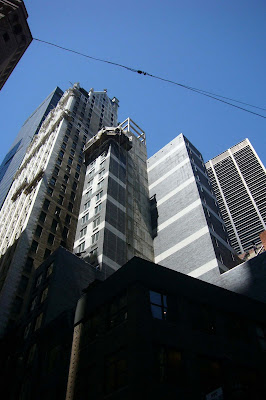 These shots by Lofter1 on Wired New York provide a better look. 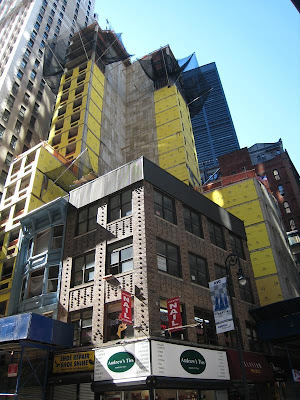 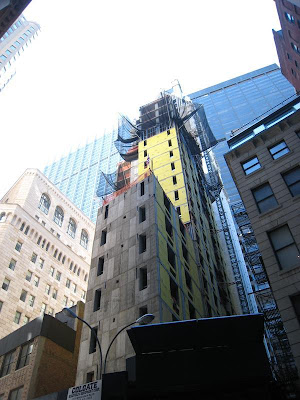 Being a non-executive-type worker, I find myself brown-bagging my lunch, which I haven't done since college years. Everyday I feel like Alice but this is more like Alice in Condoland .

Whenever I pack my lunch, it ends up looking like what Emilio Estevez had in The Breakfast Club. I'd probably save money by eating out!

Well brown-bagged lunch ends up looking like what Ally Sheedy had.

How can you save money by eating out? Even the hotdog vendors have become expensive.