"If you are at the corner of Bowery and Houston, and think about what it was like 10 to 15 years ago compared with today, you couldn’t recognize it" 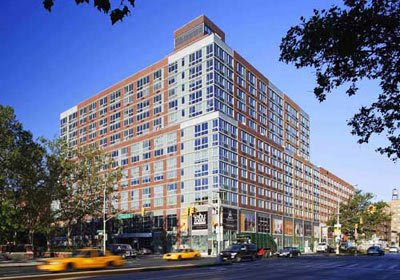 As it was widely reported, the National Trust for Historic Preservation designated the Lower East Side as one of the 11 most endangered places in America.

In a City Room posting this afternoon, the Times asks: " 'Endangered’ Lower East Side? What’s New, Some Ask."

Suzanne Wasserman, a historian and filmmaker at the Gotham Center for New York City History at the City University of New York Graduate Center, was similarly pragmatic about the Lower East Side having already been transformed.

“It is incredible, the changes that have gone on there in the last five to 10 years,” she said in a phone interview. “I would say the neighborhood is almost unrecognizable. If you drive south down Bowery, you almost have a sense of dislocation. If you are at the corner of Bowery and Houston, and think about what it was like 10 to 15 years ago compared with today, you couldn’t recognize it. Personally I find that sad, but we live a capitalistic society.”

By the way, photographer Brian Rose has some great shots of the LES here and here.
Posted by Grieve at 3:03 PM

My friends and family have moved to Las Vegas, Charlotte, Scranton, Madison (WI) and they kept asking me why am I still in NYC and won't move. And I keep telling them that NYC has culture, soul, vibe, diversity, etc. If only I had known that the city will be transformed into this, I would have moved too.

By the way I have this secret [blog] crush on you. Just thought I'd throw it out there. Where have you all EVGrieves gone?

Thanks for the comment (and kind words! I'm flattered!). I had to go to Pleasantville USA last weekend for a family event. The sister of Grieve drove me around the suburban suburb, pointing out all the new developments/chain stores/strip malls. She didn't seem to mind. I wanted to cry. The whole area had as much soul as Styrofoam. I was never so happy to be back in NYC. The EV Grieve vows to stay here!