Looking at "a cozy downtown watering hole with an uptown look" 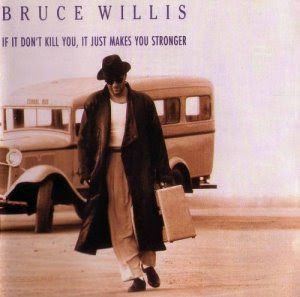 In the Sunday Pulse section of the New York Post, we're taken on a cozy tour of the Bowery Wine Company, which Bruce Willis has something to do with:

WHEN this boxy nouveau wine lounge (and the sterile luxury condo complex that houses it) replaced a longtime, unkempt Bowery lot in early April, owners and lifelong New York City residents Chris Sileo and Lenny Linar were befuddled to hear locals complain that their little watering hole would ruin the neighborhood. Now a buzzing after-work hangout for downtown yuppies and longtime locals alike, the 124-person haunt is a cozy downtown watering hole with an uptown look.

This "Making the Scene" feature also points out that the CD jukebox offers classic rock from Springsteen and the Stones. And a bunch actors from The Sopranos -- including James Gandolfini -- "have all but made this their real-life Vesuvio's." And the $9-$13 panini menu is an "after-work hit."

"We want to show our opposition to right-wing Republicans opening yuppie wine bars in our neighborhood"
Posted by Grieve at 2:17 PM