Minetta Tavern is one of Esquire magazine's "Best Bars in America" 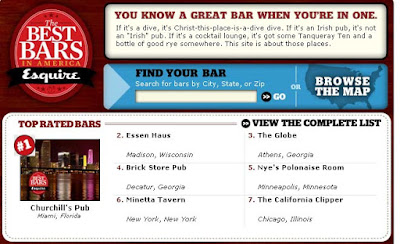 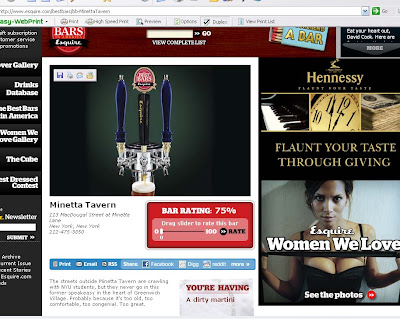 I noticed the coverlines on the June issue of Esquire touting its next installment of the "Best bars in America" feature. Was a little curious to see if they picked any bars in the neighborhood, some place the editorial assistants told the bosses to include. (Which may explain why/how my beloved Grassroots was picked in 2006.) Anyway, I went to their Web site today to check out the list. I saw where Minetta Tavern made the list at No. 6! Deserving! But who wants to tell them that the place closed last week? (Perhaps this is last year's list...though the home page does have the June cover subject, Barack Obama, featured....)

Meanwhile, someone should also tell the good people at Citysearch the same news.
Posted by Grieve at 10:55 AM