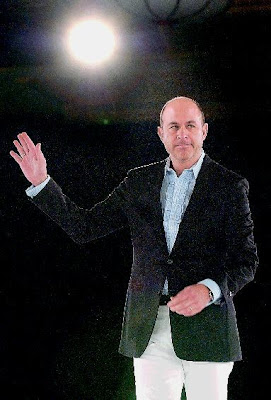 The Post has a special commercial real estate section today. (And it's not online.) The cover story is titled "New Lease of Life," about how landmark buildings require special tenants.

Here's a passage from the article:

Even though CBGBs was not landmarked and he could have ripped it all out, John Varvatos maintained in his shop many of the funky features of the former punk palace.

"John loves music anyway and it was perfect because so much of his business is entertainment related," said his broker, Robert Cohen, executive vice president of Robert K. Futterman & Associates. "We ... had been looking for a second location but uptown, and even if it wasn't CBGB, the Bowery wouldn't have been an option."

Cohen noted that nobody wanted to install a bank or an "ugly" restaurant or anything that would degrade the character and the history of what had taken place in the building.

In fact, brokers all said that if a client walks into a historical space and doesn't "get it," the space won't work for them.
Posted by Grieve at 11:50 AM

Email ThisBlogThis!Share to TwitterShare to FacebookShare to Pinterest
Labels: beating a horse that is really dead, continuing to pick on the Post, John Varvatos, the Bowery