The months-long closing sale at Bargain Express has come to an end on East 14th Street. Ace photographer East Village Hawkeye was on the scene yesterday as the store, which lost its lease, closed for good here between Avenue A and Avenue B... 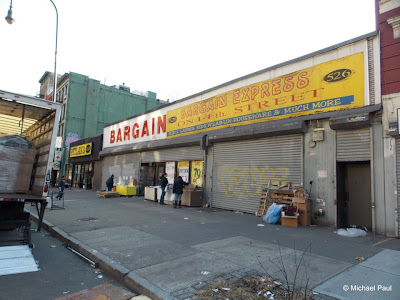 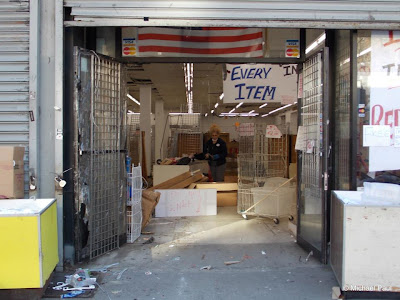 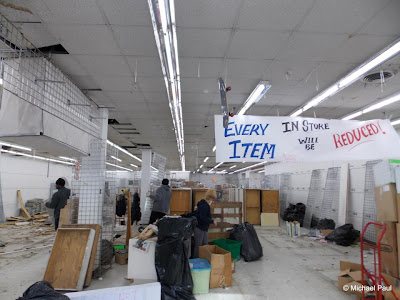 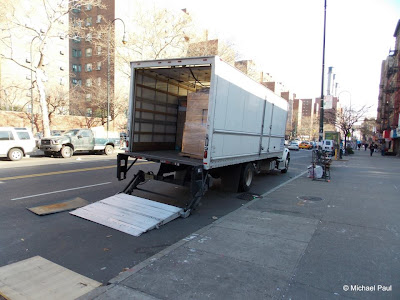 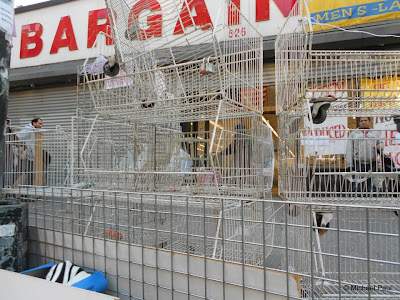 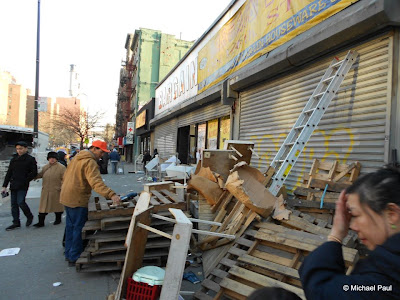 And what's next? A still-unspecified new development that will eat up much of the block. As we previously reported, eight parcels consisting of 222 Avenue A and 504 - 530 E. 14th St. (not including No. 520) were leased for a 99-year period by the respective owner of East Village 14 LLC.

Email ThisBlogThis!Share to TwitterShare to FacebookShare to Pinterest
Labels: Bargain

This breaks my heart. I have been shopping there since it first opened (at that point it was called Bargain Bazaar), and it had just about any non-food item I could ever want. So handy, so useful for those who live in the neighborhood, so of course it had to be shut down to make way for - well, I shudder to think what, but I know *I* won't be able to afford it.

Is the 14th street laudromat also included in the scheduled demolition for this new condo building?

It's my understanding that the laundromat is part of the new development. One rumor is that they will relocate to where La Isla used to be near Avenue B....

And start saying your goodbyes to the Blarney Cove.
I thought the Cove would never go down, and yet the tidal wave of luxurification spares no one... ever.

I am beginning to wonder why people want to move here anymore. Because here is no longer here. What made this area so exciting and interesting is all but gone. So, why come here? Stay where you are and save money on the move because soon you will not be able to tell them apart.

The laundromat guy told me they have 2 more years before they have to leave and they are considering the La Isla space. He didn't seem concerned that in 2 years La Isla may no longer be available, so that makes me wonder. The next closest self serve laundromat is on ave b and 11th. My landlord removed our laundry room years ago and is harassing people who bought their own machines, threatening eviction.

What now? Another Starbucks? Walgreens? CVS? Or some cringeworthy bars for the dude/bro/OMG crowd that's taken over Stuy Town the past few years?