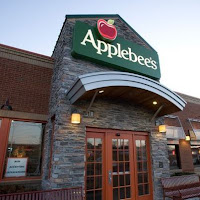 On the EVG Facebook page yesterday, I posted the link to NY1's piece on the new-look Coney Island coming this summer.

Grimaldi's Pizza expanded to Coney Island last year and soon it will have company on Surf Avenue. A Johnny Rockets and an Applebees are opening right next door.

"You'll have both coming on Surf Avenue and so you'll have a little bit of cool restaurant row over there," developer and CEO of Thor Equities Joe Sitt said.

Because nothing screams "cool" faster than a new Applebees!

Which brings me to the timely documentary "Zipper: Coney Island's Last Wild Ride," which examines the greed and politics that have helped gut the neighborhood. The film centers on Eddie Miranda, the Zipper's operator who, despite turning profits, was forced to shut down after 38 years of operation.

Director Amy Nicholson's film also includes an interview with developer Joe Sitt, whose rezoned-to-death vision is turning the neighborhood "into a chain store wasteland," as the Observer put it.

Per Indiewood: "Nicholson paints an intriguing portrait of one of New York City’s last cultural enclaves on the cusp of gentrification."

You can see the movie tomorrow during the First Time Fest 2013 at the AMC Loews Village 7 on Third Avenue and East 11th Street. It plays at 3 p.m.

I asked Nicholson about the movie, and how it's a topic that residents anywhere in the city can relate to.

"If you find yourself wondering why there's a bank on every corner of the city, and why when you stand in Union Square and look around you see nothing but national chains, see 'Zipper,'" she said. "The Coney Island rezoning is the perfect example of the carnage that comes with 'running the city like a business.' 'Zipper' explains in layman's terms the process that ultimately shapes where we live."

Find more about the movie here.
Posted by Grieve at 12:18 PM

Zipper is a great film. There are parts where I gasped out loud. It also made me sad and angry. Really angry and depressed too. I still recommend it though, for people to understand better the process of what's happening to us, like mentioned above. Believe it or not, there is a happy ending of sorts.

I was out in Coney Island last summer and I have to say, "Luna Park" is pretty nice. I don't really have an issue with having one vendor coming in and providing an amusement park for the area (ideally, it would be two or three such operations, like in the old, old days).

What I don't understand is why the retail and restaurant development has to be all chain stores? I kinda get why the building owners like it (reliable corporate tenants), but surely the city can step in and have a say. There's an opportunity to keep Coney Island a unique place, not another outdoor mall like so many others around the country.

Bloomberg and Khan are awful. They are destroying the city's history in the name of the almighty Onion Blossom.

Listen people, I was in Nashville last week and had to drive 30 miles outside of town to get a hotel room because there was nothing available downtown. We found a nice Marriott off of I-40 and we wanted to get something to eat. The only thing close by was a shopping plaza on the other side of the interstate. Let me tell you, there wasn't one, not one, independent business in there. No dry cleaner, hair salon, nothing. ALL corporate chain restaurants. Any big name brand you can think of and a few regional chains you may or may not have heard of. Most of the places were packed with 15-20 minute waits. People LOVE this shit! This is the world we live in and it's only a matter of time before NYC looks the same. Very sad.

maybe they don't love these places, but since that's all that's available they shop/eat there.
or perhaps they are too young to remember anything else.
how many young folks can tell what time it is on an analog clock, or know how to fill a fountain pen, or know who dave brubeck was?
and yes, it's sad.