Looking at the retail component of recent East Village developments

There are currently three major upscale housing developments in progress in the East Village ... each of which will have a retail component: 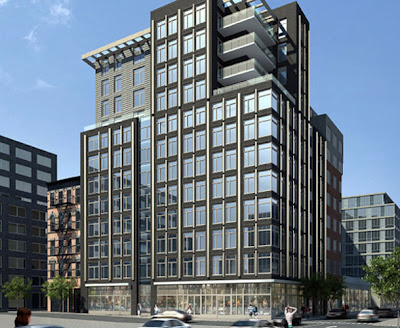 A 4,300-square-foot TB Bank branch has inked a deal here at Second Avenue and East First Street. And there are those Mars bar comeback rumors too. 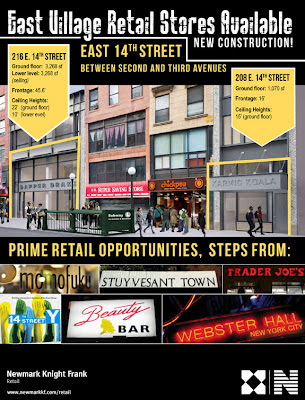 There are two retail spaces available here on East 14th Street at the former Mystery Lot... 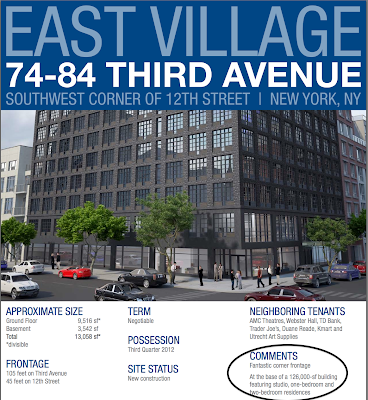 As far as we know, there aren't any deals in place yet for 84 Third Ave., the 12 story retail-residential combo coming to the corner of East 12th Street.

There you have all that.

So let's take a look back at three recent developments to see how the retail component fared... 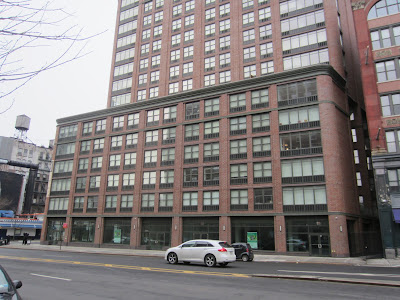 The retail space remains empty... and on the market since the apartments hit the market in 2009... 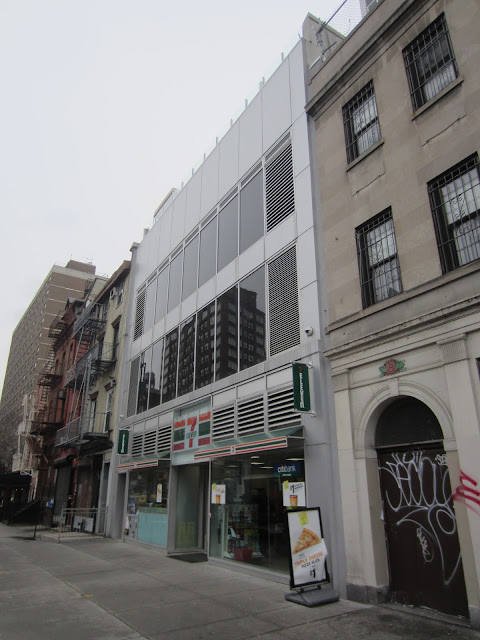 The retail portion of the 15 stories of condo on the Bowery and East Fourth Street sat empty, save a few odd pop-up shops (remember Bowery Bazaar in 2009?)... until plans for a 7-Eleven were eventually unveiled ... the convenience store opened on Dec. 23, 2011. 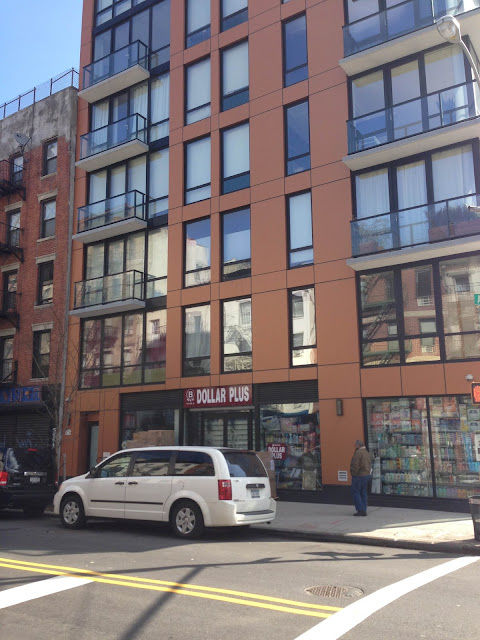 The retail space here on Avenue B and East 13th Street remained vacant for several years until the East Side 99¢ shop moved in last October.

So, the three high-end developments have yielded a 7-Eleven and a 99-cent shop (which relocated from around the corner). Residents are willing to pay big money to live here, but retailers aren't as interested to follow suit... What's going on here?
Posted by Grieve at 6:25 AM

Curious that 2 Cooper Square is still empty after all this time, especially now that the Bowery construction is done. And don't forget three new retail spaces coming to market at my favorite extravaganz-abomination, 51 Astor.

Thanks... decided not include 51 Astor... only because there isn't a residential component here...

Whats going on here is Wall Street has mined Americans wealth to the point that no one but the banks have enough money left to develop anything.
And they will only do big things like an entire building. Piddling retail in this economy is unsustainable.

Right! Which is why I thought the spaces at 2 Cooper Square would be attractive to.... someone.

If you live above any of this retail availibility, just pray that whatever operation moves in closes at 5 or 6pm when your family is just getting home. Remember how that used to be? If it's some place that's open till 4am, and you know what businesses we're talking about, your family life is sure to suffer - no one gets any sleep! Bloomberg's Density to fund the govt is making NYC one of the most miserable places in the country to live. ugh.

The A Building at scored a Petco. Granted it's a chain but compared to 7/11 and a 99 cent store, it rocks.

Don't worry, bars cant even afford the retail rents that are being sought in the new buildings. Almost no entities can afford the most recent hikes in retail rent. Who can afford the rents? Banks and Chains...So get used to the 7-11's, Starbucks, Chipotles, Subways. Again, don't worry, as the leases in the old neighborhood bars end, instead of talking over a pint of beer, everyone will be able to talk with their neighbor over a slushee or a processed meat sandwich... Yippeee!!!

Whatever happened to Tim Horton?
Did Capital One foreclose on him?
Is his credit still good?

I for one would approve a new Coffee Bean..my favorite chain

@anon8:07
"instead of talking over a pint of beer"
How can you even go into any of these places. The people are such douchebags. Can't even sit either. Maybe stand and have a beer while listening to them Woo...Woo! and sing along to American Pie or Hotel California. Nothing like that!

"these places" sounds alot like the response stereotypers often use to refer to certain minorities as "those people" And the reduction and stereotype of our neighborhood bars as places to "stand and have a beer while listening to them Woo...Woo! and sing along to American Pie" sounds like the kind of thing someone who has no idea of what their neighborhood bar has to offer...Eliminating bad bars is a good idea. And community board 3 is trying to do what they can to do so...But if you throw the baby out with the bathwater, get rid of the good bars along with the bad, you are gonna end up with a characterless neighborhood filled with alot of Dunkin Donuts and Subways...

@ anon
The neighborhood already is characterless and filled with chains and these problrems are only minor problems.

Which neighborhood bar are you referring to?

those people at these places

We know which bars are the best ones we have left. Most of the favorites are gone.