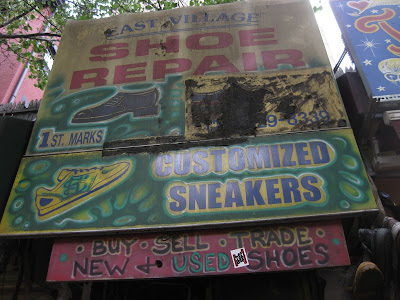 A tipster passes along word that the cobblers at East Village Shoe Repair on St. Mark's Place may be forced to close or relocate after the landlord hit them with a big rent hike. While nothing is final just yet, they are apparently not very optimistic. (This article from 2006 noted that their rent was $4,000 a month for the 100-square-feet of space.)

A cobbler has been in this space since 1985; Belarus natives Eugene Finkelberg and Boris Zuborev took over in 1994. (Finkelberg is the original owner's nephew.) Aside from quality repair work, the two are well-known for their custom shoe creations... the spot to get the EV creepers. 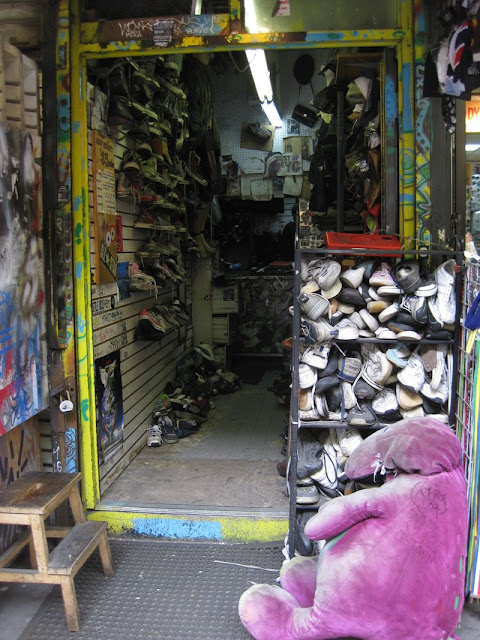 " ...characters like Boris and Eugene are diminishing in cities... that encounters in grimy holes where they gesture to their faded albums with shoe polish fingers are few and far between... I maybe over-romanticising but I did feel ever so slightly enrichened by a visit to this particular shoe repair joint..."

Not sure what kind of tenant the landlord is aiming for in such a small space ... Of course, as previously noted, with 51 Astor Place and its 12-floors of incoming office workers looming in the background ... I wonder about the future of the remaining hole-in-the-wall-type shops along the block... 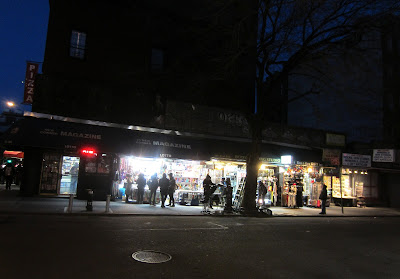 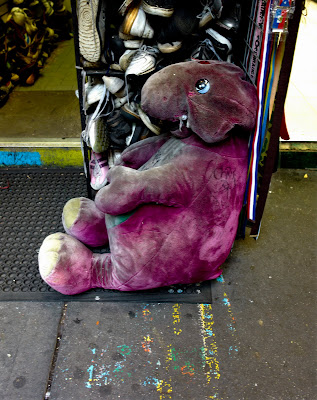 This is what happens when a neighborhood morphs into a nightlife playground. Commercial rents increase until storefronts become too pricey for the small businesses like EV Shoe Repair that once served local retail needs.

Creating a nightlife district won't fix that. It isn't possible in established neighborhoods like the EV/LES. Commercial rent regulation might. It's been floated and shot down in NYC before, but maybe NYC's reached a tipping point. Not much can be done until Bloomberg's gone, though.

This one is sad. Boris has always been one of the best fixtures on this ever-changing street and for him to get the boot would, imo, alter this St. Mark's forever. I had no idea he was paying $4K/month though...I have no idea how he's maintained so long. I'll be sure to drop off my shoes for repair stat.

oh man.
i got my six inch platofrm addidas custom ravers there when i was 16.
i forced six members of my family to split the cost as a christmas present.
yes, i had a very cool grandma.
i hope they wind up staying on the block!!! such a fixture & mainstay.

This place is an institution. I can't believe they're paying $4k for the space and the landlord wants more?? Ugh.

And I have a sick affection for that slowly-decomposing Barney...

oh no! :( this is where i go to get my shoes repaired.

to hell with greedy landlords!

So this is an old post and I don't live in the area, but I thought I'd throw my $0.02 in anyway. Business people moving in may actually help support this place. I work in the office part of a hospital. We have a cobbler near-by who will pick up and deliver shoes that we need to get fixed. There's an extra fee for that level of personal service, but it's worth it not to have to think about going to the shoe repair place before they close after work.