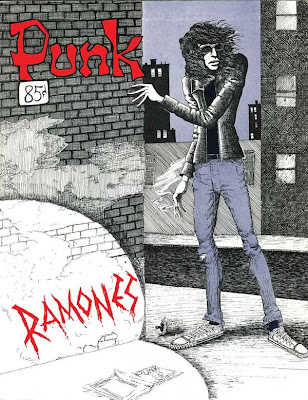 John Holmstrom was a 21-year-old SVA student during the summer of 1975 ... a time that saw him buy "The Dictators Go Girl Crazy!" (which he said "totally rewired" his mind) and experience the Ramones at CBGB.

"The Ramones and Dictators represented a sea change in rock 'n' roll, and I was burning to become a part of it before it took off and became part of the mainstream," he writes in the prologue of the recently released "Best of Punk Magazine."

Soon after, Holmstrom did become part of the scene when he, Ged Dunn Jr. and Eddie "Legs" McNeil launched Punk Magazine in late 1975. For 17 issues, Holmstrom and an array of photographers, writers, illustrators and the musicians themselves chronicled the punk scene... featuring colorful (and, often, off-color) interviews with everyone, really — Lou Reed, Iggy Pop, Patti Smith and Richard Hell, who starred in "The Legend of Nick Detroit" for issue No. 6's cover. The magazine ceased publication in 1979. (There were various special issues in subsequent years.)

Holmstrom continued his career as a writer, editor and cartoonist, spending time at High Times and Screwed, among others. He still lives in the East Village today. The "Best of" compilation (co-edited with Bridget Hurd) puts all the issues together with plentiful behind-the-scenes details. It was released in December. I waited until Holmstrom's schedule eased up a bit to ask him some questions about the start of Punk and other various topics... (Part 1 or 2.) 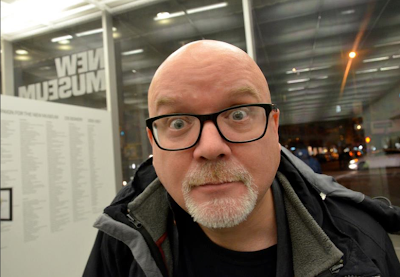 [Holmstrom from December at the New Museum, via Facebook]

You had a lot of balls to launch a publication at the time called Punk. Not really a question. What were you thinking?

"Punk rock" was a well-known term to readers of CREEM magazine, so when I asked Legs and Ged what they would call a magazine about comix, fashion, news, and punk rock and Legs suggested, "Why not just call it Punk"?

I liked the four-letter word as a magazine title! However, as it turns out — we weren't even the first Punk magazine. Billy Altman called his college newspaper in Buffalo the same name. But I saw all the graphic elements in my mind as soon as we chose that name: 1950s juvenile delinquent comic books, EC Horror comic books, Marvel comics, Will Eisner's The Spirit, film noir, stark use of black and white, etc. So liked the name — at first. Sometimes I think it caused so many
headaches I would have been better off calling it "Teenage News" or "Electronic Comic." 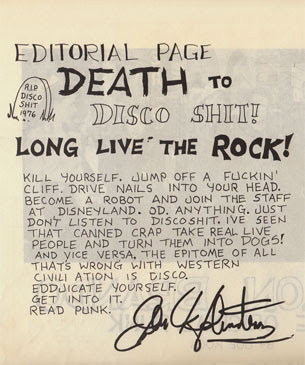 Are people surprised to hear that this was a serious business endeavor?

No one has asked me about that yet. But, like I said in the book, Ged, Eddie and I were all very serious about being successful and "Creating The 1970s" and all that. I think my connection to a real lawyer helped us incorporate as a business, and my connection to a professional printer got our product looking like a real magazine instead of a fanzine. When Thom Holaday came on board he got us into writing a business plan and all.

Anyhow, my point is that we were not a bunch of goofy kids putting out a 'zine for free drinks, as has been portrayed. 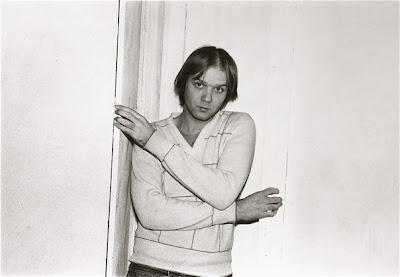 [Holmstrom during the Punk days. Photo by by Marcia Resnick via Facebook]

How did you view yourself at the time during Punk's run? An insider? Outsider? Just someone who loved music?

I was a total outsider who unfortunately was forced into becoming an insider very quickly and without any preparation nor guidance. I didn't know anyone from "the scene" and then as soon as the magazine came out I had to deal with everyone from everywhere. And usually as adversaries!

How do you choose 10th Avenue at West 30th Street to be your first office? Seemed a little — far-removed.

It was all we could afford, and the only place I could find. The usual asking price for an office, $300 a month back then, was a lot of money! And we needed a lot of space.

A worst-case scenario for that office would have meant that we would have to kick in $65 per person to keep the lease. If we brought in another person, it could be just $50!

Also, my roommate in Brooklyn was on my ass! He was all like: "Hello! Earth to John! You have to move in a few days! Nice knowing you but get the fuck out of here, dude!"

Yes, it took us a long time to get to CBGB but on the other hand we weren't far from the Port Authority Bus Terminal nor Penn Station — and all the subways by those places.

I wasn't all that shocked by the noise and thunder and fast pace of the music, to be honest. Unlike Ged and Legs, I had seen a lot, and I mean a lot, of heavy rock 'n' roll bands before then. Just to name a few of the more loud and fast rock 'n' roll bands: The Who, Jimi Hendrix, Alice Cooper, The New York Dolls, The Magic Tramps, Lou Reed (Rock 'N' Roll Animal tour), Blue Öyster Cult, etc.

In fact, BÖC was probably the heaviest band I had seen before the Ramones. Their appearance on July 16, 1973 at the Schaefer Music Festival was one of the craziest shows I ever saw. The audience became so crazed that by the end of the show the first rows of metal chairs had become a twisted mass of scrap metal — their time on this Earth as useful objects had come to an end.

I remember that the drummer threw a bunch of drumsticks out to the crowd and I fought several people to grab it, but then it ended up being a showdown with one twisted heavy metal fan who snarled at me: "IF YOU DON'T LET GO OF THIS I AM GOING TO KILL YOU!!!" and everything about him convinced me that he was telling the truth. So I let go. I never saw a band drive the audience into a frenzy like that before or since.

I went to see every band I could, so I ended up sitting through a lot of bands I didn't like: The Eagles, Black Oak Arkansas, Rush, The Allman Brothers, Grand Funk Railroad, etc.

So by the time I saw the Ramones I was so sick of long guitar solos and drum solos and endless encores and the band playing to the audience and bands that spent a lot of time tuning up on stage. These were all the things that the Ramones studiously avoided, so I loved it. Best of all, they dressed like me: blue jeans, sneakers, t-shirts — I just couldn't afford a leather jacket like they wore. I had also lived across the street from the Hell's Angels for a short time and certainly didn't want to compete with them on any level. And I knew that CBGB was their hangout in 1975.

The whole experience of seeing them at CBGBs was, to me, what it must have been like to see The Beatles at The Cavern Club or The Rolling Stones at the Crawdaddy Club. I felt like I was seeing "The Future of Rock 'N' Roll."

Tomorrow: Thoughts on the East Village of 2013 and CBGB the Movie. 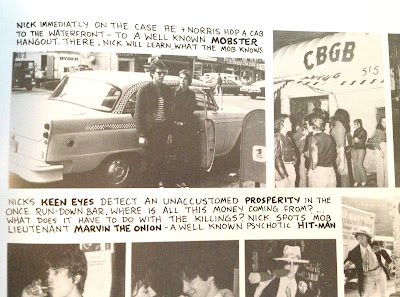 [Richard Hell as "Nick Detroit" via "The Best of Punk Magazine"]

Previously on EV Grieve:
Revisiting Punk Art
Posted by Grieve at 7:03 AM

Nice piece, Grieve! I'm fascinated by anyone with the prescience to see something about to happen and then jumping in. Looking forward to Part 2.

Thanks for this post. Punk magazine was such a big influence on my life. I'm happy that when I moved to New York I got to meet and write about both John and Legs when I was doing my magazine fishwrap. John was the real driving force behind Punk magazine and it was such an influence on my life and I feel grateful that I was able to drink a beer with John at a Joey Ramone birthday party a couple of years ago and tell him as much. Looking forward to part II. Oh, and if you haven't bought the Best of Punk Magazine, you should do so immediately. The first issue's interview with Lou Reed is one of the best piece's of journalism I've ever read.