On Friday, we wrote about a new listing that popped up on Prudential Douglas Elliman for a "Soho-style" igloo right in the heart of East Greenwich Village in Tompkins Square Park. 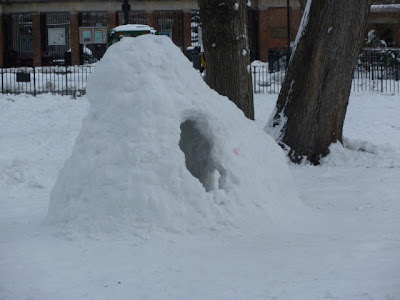 However, today, the price has been chopped down to $500K!

This fully original Soho igloo is ready to go at a stunning and spacious 15 square feet!! Located in a new igloo and facing southeast off the Park you will enjoy the setting sun, quiet nights, and all the space!! The ground has been white washed for a tasteful but artful look. There is a flat screen TV nook that has been smartly placed in the living space so the TV will flow seamlessly against the snow. Closets everywhere, bath and a half, open kitchen round out this one-of-a-kind one igloo flex two loft space. The igloo is a condo so subletting and renting are permitted. Pets are welcome!

According to Streeteasy, this property originally went on the market around this time last year, but was quickly pulled several warmer days later...

There was an open igloo this past Friday... 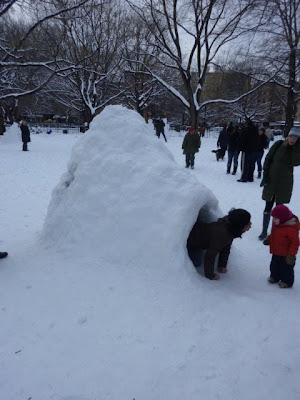 ...where potential igloo-buyers discovered that the space may be best suited for those under say, 3 feet tall. 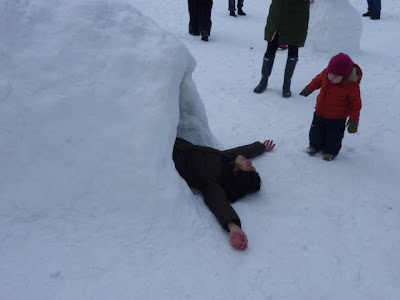 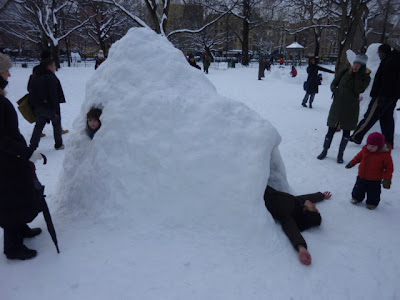 If you're interested, then I urge you to hurry. The temperatures are expected in the mid 40s today... 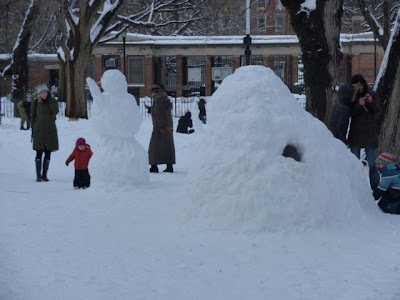