On Tuesday, we had an update on the condo conversion at the Anshei Meseritz synagogue at 415 E. Sixth St. The sight of discarded prayer books outside angered several readers... However, workers on the scene assured neighbors that the books have been (and will be) properly disposed of... (As for the books in the photo? "A miscommunication.")

A neighbor also saw the interior... 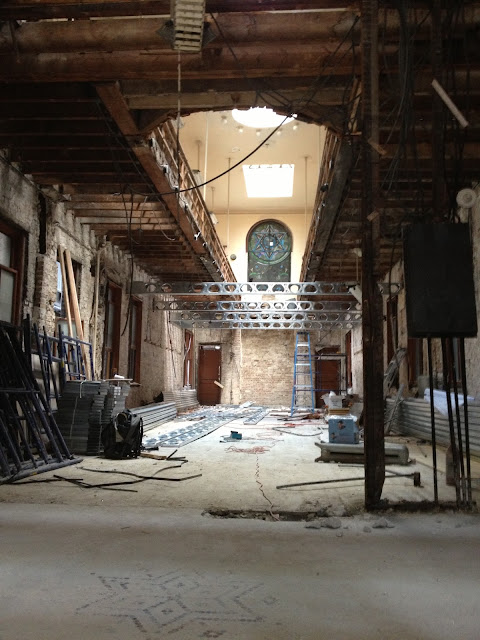 As noted, the landmarked building was in disrepair and the congregation's population had dwindled. Synagogue leaders reportedly signed a 99-year lease with East River Partners worth some $1.2 million. The renovations include a penthouse addition and an elevator. The synagogue will reportedly retain space on the ground floor and basement for their use.
Posted by Grieve at 5:48 AM