Your guide to construction hell on East 11th Street

East 11th Street between Avenue A and Avenue B continues to be an active zone for ongoing construction. Idling trucks. Large cranes. Blocked traffic. Continuous jackhammering.

Here's a look at the projects making life nearly unbearable for some neighbors. 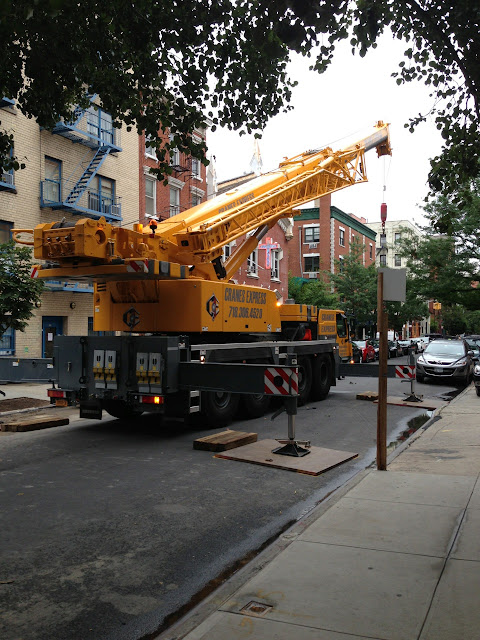 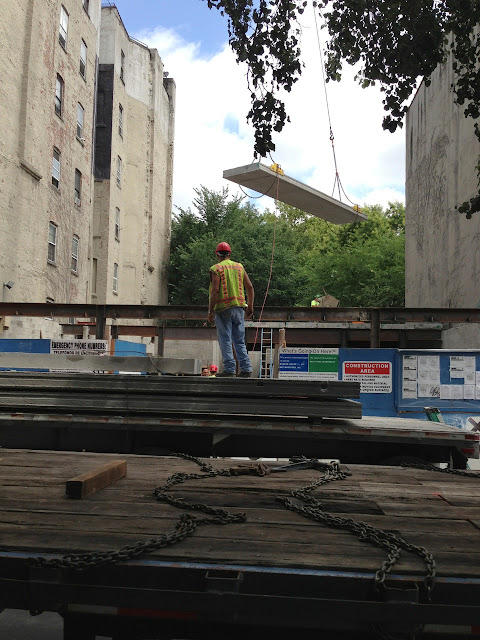 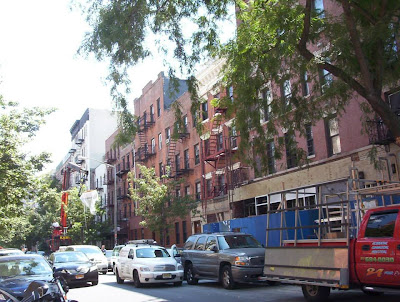 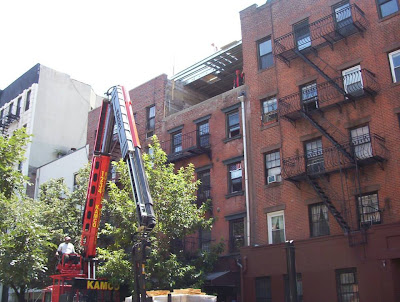 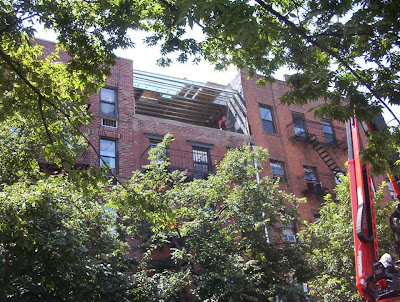 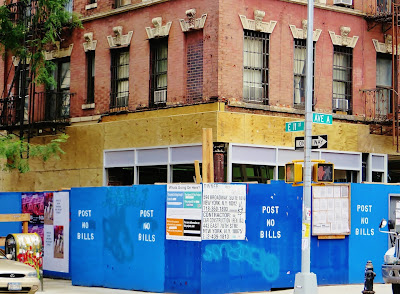 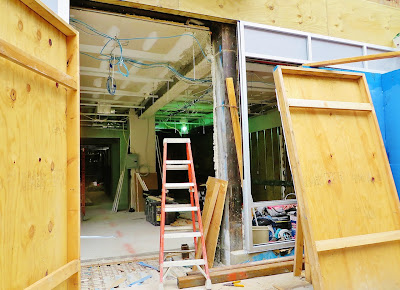 In April, some residents who live above here said that the never-ending work has made their existence in the building "a living hell."

• 181 Avenue A at East 11th Street, where workers are about halfway done demolishing the Mary Help of Christians school and church... 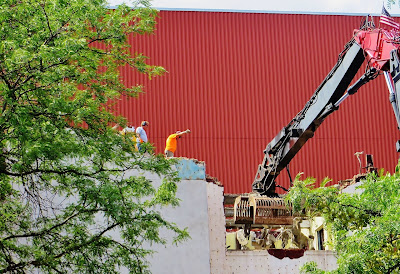 After the demo, residents from more than just East 11th Street will have to endure the lengthy (and noisy) construction of developer Douglas Steiner's retail-residental complex.... described in one listing as a "140 unit market luxury rental building."

One East 11th Street resident said that one of these jobs would be off-putting enough, but four happening simultaneously is "fucking ridiculous."
Posted by Grieve at 5:50 AM

Geeze, 4 projects at once!? There's currently a stop work order on the site hear on East 9th St btwn 1st and 2nd. Dread the restart. Living 4 buildings away, the pics on my walls still shook during the initial start. These new sites especially suck for those of us who work from home.

Gojira, Resident of East 11th Street and Not Happy About It At the Moment said...

And let's not forget whatever the hell they are doing at the corner of 10th and A in front of Horus, that's been ongoing for many weeks as well; its something under the street, replete with trucks, cones, diversions, noise - it's ludicrous, to the point of being almost Kafkaesque. And people wonder why I miss the 1980s, when nothing was being built, when churches were allowed to stand and do their jobs, when no floors were added to buildings because the landlords couldn't fill the ones they had, when no buildings were being thrown up overnight because people were not moving to NY to make their fortunes or drink themselves into a coma, and when the nabe was pretty much empty and we were left alone to live our lives.

Gojira, Yeah I really miss the 80's, too, when my apartment was broken into 5 times in 3 years (right through the window gates, too), when my roommate was mugged in our building's vestibule, when Tompkins Square was a homeless Tent City, when empty buildings were heroin shooting galleries and crack dealers terrorized the neighborhood. Those sure were the good old days, weren't they?

11th btwn B&C seemed more stable in the 70's. The drug dealing couple on our door stoop knew us all and stayed out of trouble. When gentrification began here in the 80's all hell seemed to break loose. The low point was the arrival of the Guardian Angels who claimed they were cleaning up the place, but instead seemed to stir up more violence on our street.

It's unbearable: the worst is the Mary Help of Christians construction. It's non stop jack hammering that echos through the neighborhood. I'm sitting here now at 8AM and it's so loud already.