Alphabet Plaza's backside is getting bigger 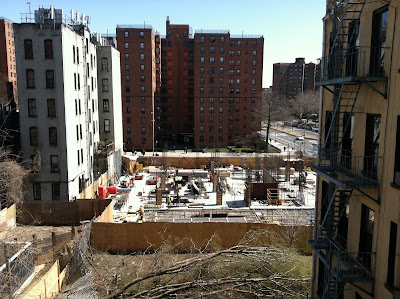 We haven't checked in on the backside of Alphabet Plaza since late June. The 12-story mixed-used apartment building at East Houston and East Second Street/Avenue D continues to inch skyward as this photo from EVG reader Ray shows... 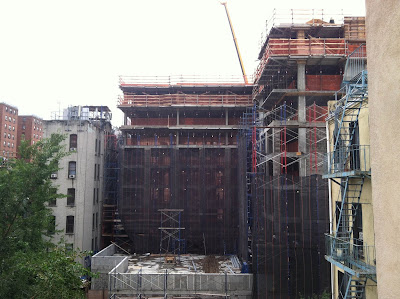 Difficult to tell what floor the workers have reached... but a slightly educated guess is 9-10.

We'll be back in a couple of weeks with photos of people moving in...

Alphabet Plaza is rising on East Houston and Avenue D
Posted by Grieve at 5:20 AM