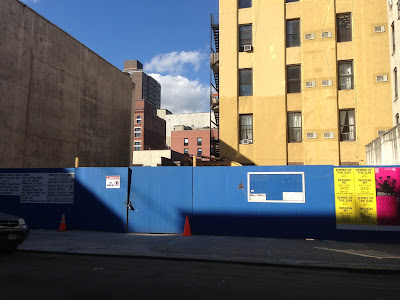 Work has resumed on East Eighth Street at Avenue D... site of a long-stalled parcel. Various plans came and went, and the lot hit the market for $5.2 million in July 2011. 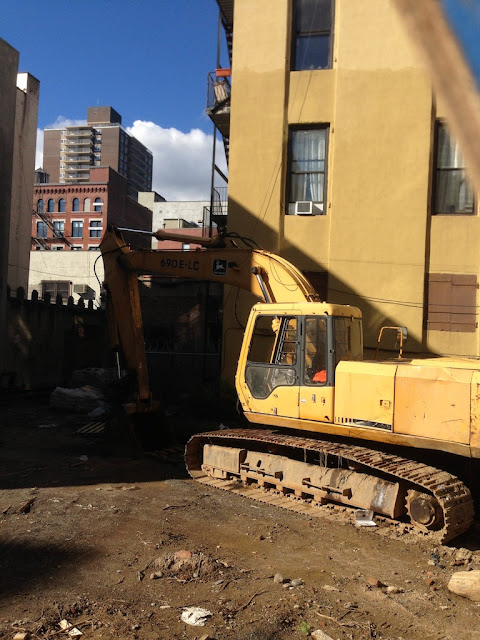 The DOB has partially approved plans for the following: NEW NINE STORY RESIDENTIAL BUILDING WITH PENTHOUSE. 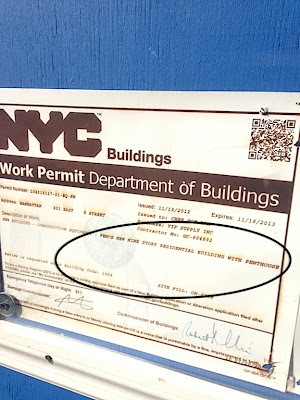 Akeeb Shekoni of Queens-based Akson Architect is listed as the architect... and the building's owners are the vague 399 E8 Development LLC.

Meanwhile, there have been four complaints filed about the site since work began in recent weeks... including calls about a worker not wearing a safety helmet and a pile driver causing a crack in the adjacent building's wall. Inspectors didn't find any violations at the time of inspection.

Stalled development site on Eighth Street and Avenue D asking $5.2 million
Posted by Grieve at 6:00 AM