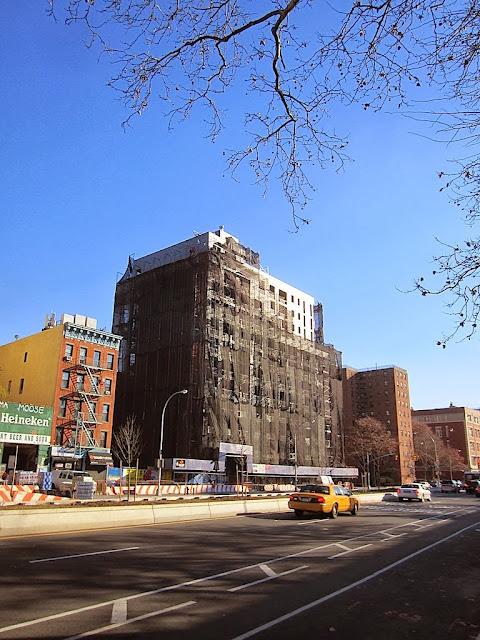 Crews showed up shortly after Hurricane Sandy last fall to start work on Alphabet Plaza, a 12-story mixed-used apartment building for East Houston and Avenue D. According to the DOB, the building will be 108,953 total square feet, with 9,640 set aside for retail.

We've watched it grow these past 13 months... Here are some photos 13 months later... looks like the crews have made it to the top... 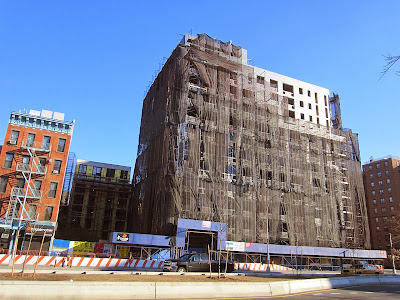 [Bonus shot to the left of the new Karl Fischer-designed rental on 3rd St.] 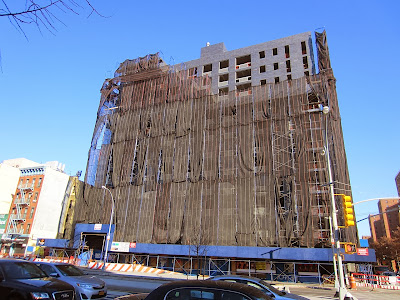 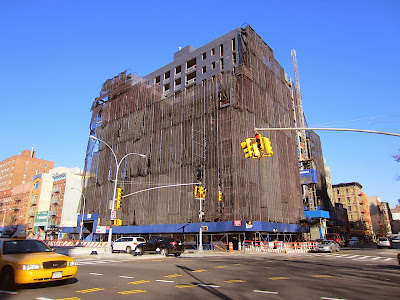 Per The Real Deal back in January 2012: "The building, which will include some affordable units as part of the 80/20 program, will have a doorman, rooftop terrace, gym and outdoor space."

Previously on EV Grieve:
Report: 12th-story 'Alphabet Plaza' in the works for Second Street and Avenue D
Posted by Grieve at 5:10 AM

Has anyone heard about an ETA for completion (the construction noise for this bldg and the luxury rentals on 3rd street has been very disruptive)? Or anything about possible retail/commercial tenants? Hoping it doesn't become another Duane Reade, especially with the recent expansion of the 24 hour one on B.

If you want to hear some noise, check out the exhaust motor for Ghandi Restaurant on 6th Street, you can hear it from the street. I thought we had it bad with Spice Cove.

Lucky for the new tenants. I hope your neighbors are as friendly as to when I lived there.

The netting was down as of this morning, so you need to go and reshoot your photos!