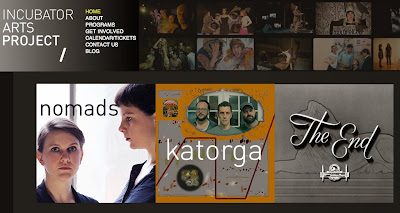 The nearly 50-year-run of theater is winding down at St. Mark's Church in-the-Bowery. As you may have heard, the Incubator Arts Project is ending its run here.

Here's part of the official explanation from Incubator's organizers:

As of July 1 2014, the Incubator Arts Project will close its doors at St Mark's Church. It has been a long and wonderful ride in support of emerging work, dating back in some form or another to 1992. This room has had a long history of art warriors before then; we were not the first and we dearly hope we won't be the last. We made the decision to end our lease and cease further productions, thereby releasing the future of the room. We wish nothing but wild success for our dear friends at St Mark's, the Poetry Project & Danspace.

According to the Times, the closure is due to "a casualty of static funding and a declining ability to support artists."

In a piece in yesterday's print edition, the Times talked with some of the theater artists whose work had debuted in the church space.

SAM SHEPARD, playwright and actor I was working as a busboy at the Village Gate. Ralph Cook of Theater Genesis heard I was writing stuff similar to plays and wanted to know if I wanted to do something there. It was shocking to be produced; I was writing more or less as a private experience. I don’t know if you want to call it a meditation. Probably not. It was just amazing suddenly to have actors, an audience. And kind of embarrassing, like listening to your own voice on a tape.

The Church has leased the second-floor space to the New York Theater Ballet and its ballet school, the Times reported.
Posted by Grieve at 1:37 PM

I am glad that New York Theatre Ballet will have the use of this space, as they are losing the space they've had for 30+ years because that building is being torn down to make (guess what?) more CONDOS!

NY Theatre Ballet does great work on all levels, including presenting much-praised performances. Beyond that, through its "Project LIFT", New York Theatre Ballet provides ballet classes for children who live in homeless shelters. For some of these children, the environment of the dance school and the discipline of taking ballet class gives them the experience of things they can count on - including stability, dignity, caring, respect, and consistency - in their difficult lives. New York Theatre Ballet helps them in many ways, and this is often reflected in better performance in school and a determination to get a good education.