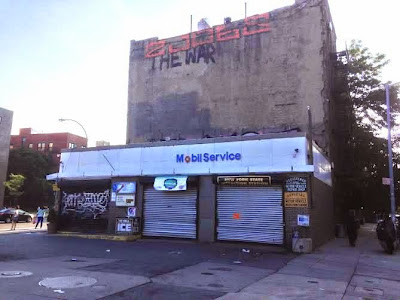 Passersby and motorists alike were surprised to find the Mobil station on East Houston and Avenue C closed yesterday.

The orange stickers affixed to the pumps tell the story... 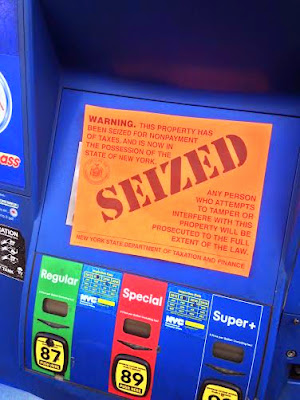 Nonpayment of taxes. Perhaps this is just a matter of writing a check, taking care of some paperwork, etc.

Or maybe this is it for the station.

Back in March, Hakimian Property filed plans (waiting for approval) to erect a 9-story mixed-use building on the site. Plans call for 45 residential units and 4,550 square feet of commercial space.

BP station on 2nd Avenue closes this month
Posted by Grieve at 5:09 AM

This gas station which has been open for years gets closed down just after news of a building is supposed to go up on the site and you don't see a coincidence LOL. Wow are you dense.

The building developer paid off someone to shut it down - what else?

Looked open this morning when I went to catch the M21...

exactly right- who did the developer call or pay off? or did the station just say screw it and stop paying as they know their time is up- either way this is bad news- this is exactly where you need a gas station for taxis- delivery vehicles etc- and I doubt there will be any way to open new gas stations when the old ones close- this is going to be very bad in the long run- where are folks supposed to get gas? queens? new jersey?