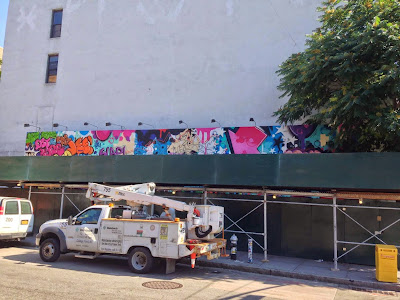 The bridge joins the section that went up on Elizabeth Street at East Houston late last month at the former site of Billy's Antiques.

As BoweryBoogie first reported in April, there are approved plans for a two-story structure to rise from this empty lot. 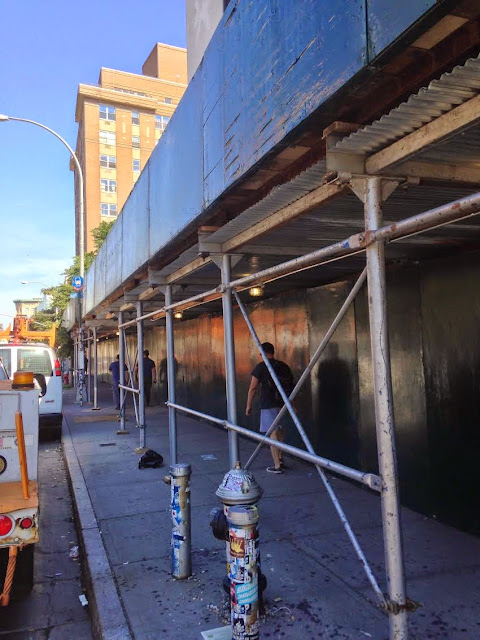 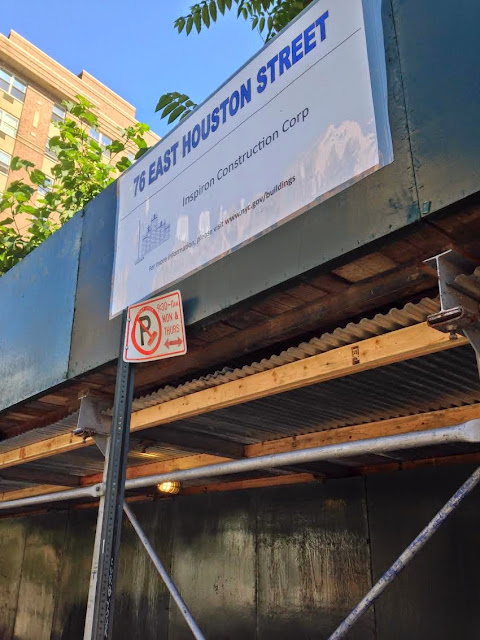 BoweryBoogie uncovered a feasibility study performed by Gary H. Silver Architects showing one possibility for this corner where the mural currently stands — a 12-story building. (This rendering is no longer on the Silver website.) 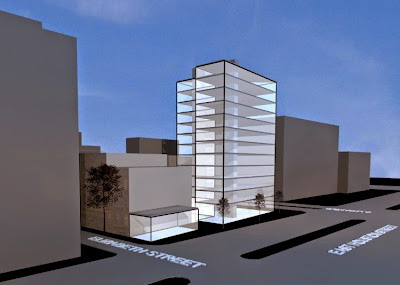 There's nothing on file with the DOB to suggest any new building of this size here. 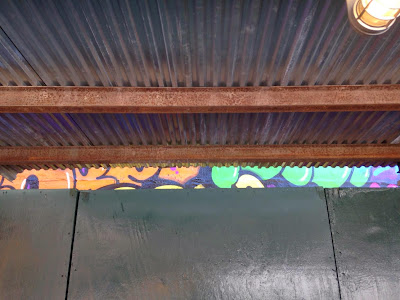 So it's unclear at this point what the future holds for the wall. In the short term, it doesn't look so good.

Keith Haring put up the first mural here 30-plus years ago. Read this post at Complex for more history of the wall here at East Houston and the Bowery.

Previously on EV Grieve:
Deal off to bring Crif Dogs to the former Billy's Antiques space
Posted by Grieve at 10:31 AM

I was lucky enough to have happened by there the same day Keith Haring was painting his mural. He was a very nice guy and he handed out tiny little white pins with an image of his radiant baby, which later became his most memorable icon. So much great art has gone up on that wall over the years, and usually it was much more interesting than the stuff you would see in most SoHo galleries. Whoever puts up a building there better be prepared to have a full time graffiti removal staff on hand, the taggers will be back.

what's gonna happen with those nice glass block windows in Tom and Jerry's? seems like it's about to get dark in there