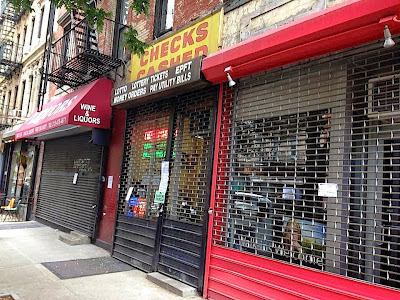 The city issued a partial vacate order … and several violations ... 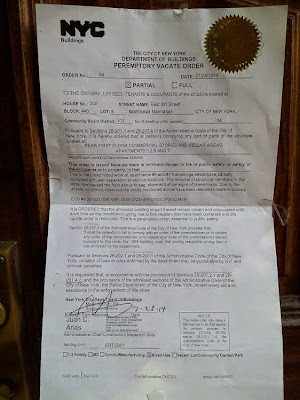 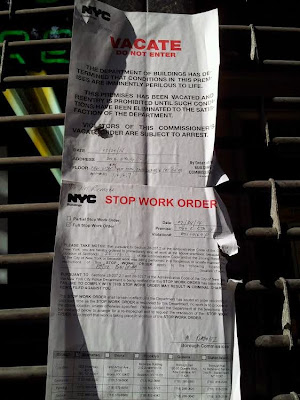 In the words of the DOB's ALL-CAP style:

The three businesses and four apartments in the building are under the vacate orders.

Signs are up at all three businesses noting the temporary closure. (Hopefully it is very temporary.) Here's the sign at the liquor store… 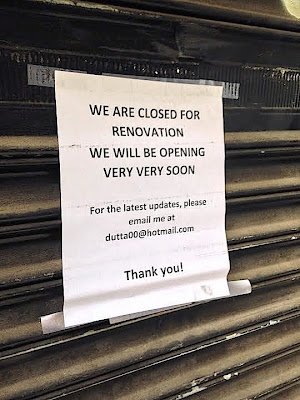 Bourad at Today's Cut is cutting hair five doors to the east at 304 E. Fifth St. in the meantime.

Thanks to Goggla for the photos and tip.
Posted by Grieve at 5:01 AM

Ahhhhh the plan to get rid of all that isn't luxury condos forges on.