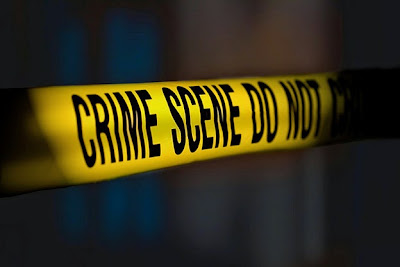 Chan ... allegedly chatted up the 19-year-old victim … in Union Square on June 1 and convinced her to go back to his apartment at 121 E. 12th St., sources said.

There, the two took a shot of booze, but when the victim told Chan she wanted to leave, he forcibly threw up on top of his bed and held her down.

“It will be over in five seconds,” Chan, a Canadian resident, told her.

While Chan doesn't have a criminal record, a prosecutor said that they are investigating other complaints of sexual assault against him.

Chan, who the Daily News reported left the courthouse with his girlfriend, is currently free on $50,000 cash bail.
Posted by Grieve at 6:41 PM

SAD - an a hole is an a hole. Don't matter whom they work for

The self-entitlement of the tech bros.

When he allegedly told her "It will be over in five seconds" was he referring to the drunken sex or to his career at Google?

So he threw up on his bed and then raped her... Man, this guy is one sick puppy!

Luckily for him, when you Google Justin Chan, except for all the news stories, a million other Justin Chans come up instead. That's a pretty good name to have if you don't want to be on the first page of Google.

PL 130.25 03 E Felony, 1 count, Not an arrest charge, Not an arraignment charge
Rape:lack Of Consent Not Incap
Indictment Count 2

If he's convicted of rape can America deport him back to Canada so he can serve his prison sentence there and America doesn't have to foot the bill?

Well this is unfortunate... especially the part where bail was set at 50K.

Woah. I always see this dude walking around the hood.