Oyama getting the reboot on First Avenue 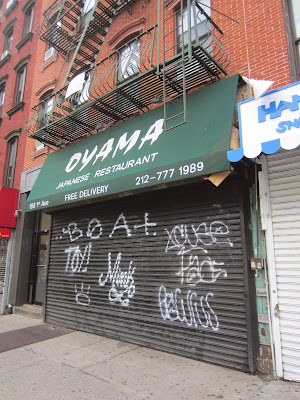 Oyama, the inexpensive sushi restaurant at 188 First Ave. between East 11th Street and East 12th Street, closed back in May.

However, several regulars told us that the owners were going to reboot the space with a renovation and new menu.

Appears that's the case … new signage is up for Honshu-ichi … 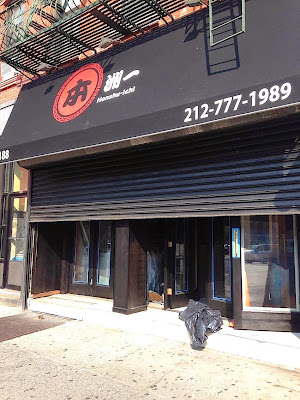 One of the former regulars says a mid-August opening is planned.
Posted by Grieve at 5:00 AM

Email ThisBlogThis!Share to TwitterShare to FacebookShare to Pinterest
Labels: Oyama

I'm thrilled by this news, I tried a few other sushi places in the past few months and none could compare to Oyama.

This is fantastic! Glad they didn't go out of business. I hope the prices don't go up too high and that they continue delivery service.

I'm totally sushified by the news, pass the wasabi.