Did you know Michael Brody? 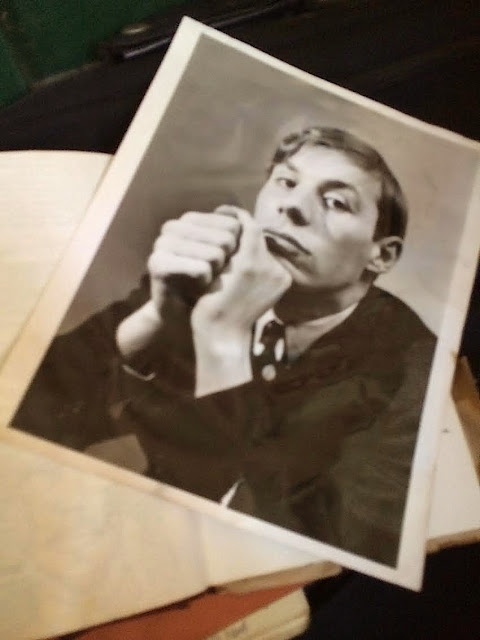 Michael Brody has died. He had lung cancer.

We didn't know Michael. Or anything about him. He was likely in his 70s.

News of his death comes from a resident who lives in the same building on East First Street. Michael had lived here for a very long time.

Apparently Michael didn't have many friends or relatives left. [Updated: We have since heard from several of Michael's friends. We hope to have an update later this week.] There is no mention of a will.

And now the super, via the landlord, is responsible for clearing out his apartment. The super invited the resident inside, to help find some information.

"It is FILLED with artifacts. There are trunks filled with collections of tapes, old cameras, altar-like installations, etc. I found newspaper clippings that the tenant put in a scrapbook, in the 1960s, which were reviews of all the plays he was in. (He was an actor for some period of his life.) There was a folder with a dozen pictures of him and a girl (also looked like 1960s photos).

I also found his diary from 1967 about living in the East Village — totally written in beat style (ie. "Beatles and Brahms and cigarettes in the park and tea and whiskey and Uncle ted."). 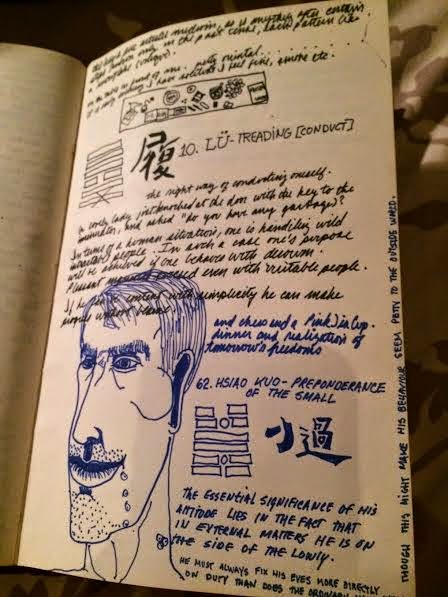 The resident has been doing research about Michael, but hasn't turned up much. He walked with a cane, as there are five canes near the front door. The photo at the top is of Michael from the mid 1960s.

While this is a long shot, the resident is hoping to track down anyone who may have known Michael … and may be interested in some of his belongings. (This is not intended to be a public raid on the apartment.)

As Michael spent time as an actor, the resident has already arranged to donate his many suitcases to a theater set designer.

If you knew Michael or have any information about him, then you can contact us via the EV Grieve email

Someone left this brief obit in the comments. Michael died June 8. He was 70.

I hope someone turns up that knew him. I once found tons of stuff out on the street in garbage bags that belonged to someone I assume and died. An entire life in two huge bags. Photos, journals, personal mail. Kind of sad.

Intelius says Michael Brody was 71, his middle initial is T and that Donna Brody, Jonathan Brody and Robert Brody are listed as his relatives. He has address connections in Mc Lean, VA Westport, CT & Delray Beach, FL

Maybe he was former owner of Paradise Garage - dance club in NYC '77-'87?:
http://www.agaragetribute.com/images/images_staff/staff_gallery.html

Not an all too uncommon thing to happen. Sadly.

Agreed that actors equity would be a good resource. As a member he most likely had a life insurance policy that you get as part of your pension and welfare program. On that paperwork there should be a next of kin that the money would be disbursed to.

If he was an actor in the East Village in the 1960's and 1970's, it might be worth it to ask at La Mama on East 4th St. That place is filled with people from that generation of theater people in the East Village,. Today, many of them work at the box office, or as ushers, while others still perform and produce theater there.

I checked the Caffe Cino blog to see if he had ever worked there, but did not get any hits. http://caffecino.wordpress.com/

As the first poster said its a shame that sometimes someones entire life is disposed by landlords in an effort to get bukoo $$$ for a now cleared apartment...
Something even as trivial as pictures should be saved for families or hopefully his works might be picked up by theater groups like La MaMa.
As sad as its it alot of peoples lives end up in a landfill.

If anyone has any word I would be happy to help out with this. I am a huge history buff and a neighbor of Michael's. It would be a crime to let all of these tangible memories & moments of history go by the wayside.

His face is really familiar. I have the sense I probably saw at least some of his work and saw him around the neighborhood over the years.

I collect antique postcards and a frequent rueful topic is that so many old postcards/ephemera get tossed out - this stuff happens everyday.

I mentioned this to 2 friends who are actors from that era in the East village. They knew this guy, and they knew he had died. They even mentioned that there is someone they know (a fellow theater person) who is supposedly in charge of his things. They spoke to this person when Michael was in hospice. They where under the impression that his things would be looked after after his death by that person. They also mentioned that Michael was involved with one of the theater programs in the back of St Marks Church. They also mentioned that for many years, Michael practiced Tai Chi in the cemetery area of St Marks Church every day. And I actually do remember seeing a guy practicing Tai Chi in the cemetery on several occasions.

I didn't know him, but the woman standing next to him in the obit is my wife from 28 years ago. That's a funny thing to stumble on when taking the daily peruse of one of your favorite blogs. She says the Fat Squad was a ton of fun.

Hi @Anon 7:26. Possible to email Grieve who that person is? It might be the case that they had already been in the apartment before I found it, but if someone is in charge of his things, and they're getting thrown away, maybe we should be in touch? eg. there is a really awesome dreamcatcher, that someone must want... or know about (and other stuff like that). Thanks for all your help guys!

He was loved and I knew him for about 45yrs. he will be missed a beautiful soul, I do know more of his friends

I knew M Brody for about 45yrs. He was loved and will be missed a beautiful soul