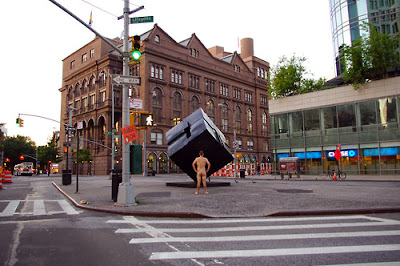 Jeremy Levenbach, who lived in the East Village for seven years before moving to Brooklyn, started having people take photos of his butt about two years ago.

"Just me naked from the back (no covering in the front) in a bunch of different places," he told us via email. "I'm pretty sure I'm going to get pulled off of Instagram soon. Also I have them on a Tumblr (Levenbutt). I think ... they are usually pretty well composed."

So, to ask an obvious question, why?

"It started out as a joke. I sent the original one to a bunch of friends. They liked it so I kept taking them and sending them and eventually posted them online. I think they're funny and hopefully nice to look at." 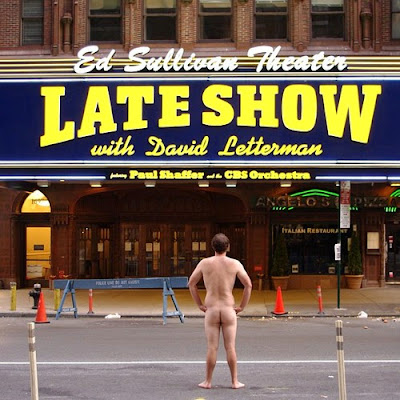 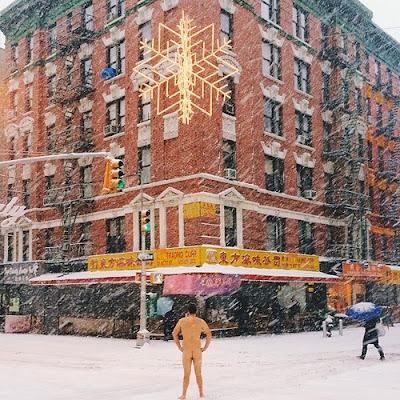 Looks like one photo taken somewhere and then photoshopped onto photos of various recognizable locations. Most likely a photo hoax.

Pretty lame hoax, Jeremy. Your friends thought this was funny?

A Butt better hidden, I fear.

I love this--so simple and silly. And an EVG record for butts-per-post (since record keeping began). Check Katz's in the middle of Houston St and facing McSorley's behind the new Cooper Union building.

Definitely not a hoax. Jeremy has been doing this for years. It's the real deal and it's hilarious!

***NSFW***NSFW***NSFW
This is just a male spin on the much better Erica Simone's doing daily routines in NYC in the buff.