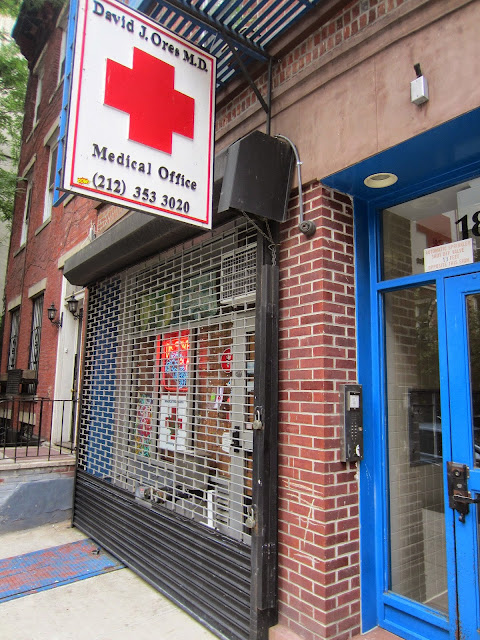 The crowdfunding campaign for Dr. David Ores netted $34,700 in five days via more than 660 supporters.

As previously reported, Dr. Dave was facing eviction from his office at 189 E. Second St. after he learned he had to pay more than $30,000 in back taxes to the landlord, LES People's Mutual Housing Association.

Meanwhile, Ores, a general practitioner who has long served the uninsured and low-income residents on the Lower East Side, was back in Housing Court yesterday. Lawyers for both sides talked, and the case was adjourned until Sept. 5.

In a message on his Facebook page, Ores wrote, "They think they can arrive at an agreement and settle out of court. All donated funds are in escrow and will be used to pay taxes as part of eventual settlement. NOT getting evicted if we can settle."

We asked him later how he felt after the court date.

"Not evicted, which is good. [I'm] not sure how much tax I will need to pay each month … or what we will settle at."

Ores remembers the lease saying he wouldn't have to pay property taxes because the building had a J-51 tax break, but the building does not have one, according to the city and the LES People's Mutual Housing Association.

Ores previously had an office on Clinton Street, also leased from the LES People's Mutual Housing Association. That building did have a J-51 tax break, so Ores didn't have to pay property taxes there, but that changed when he moved to East Second Street, said Rona Clemente, the housing association's executive director.

The housing association reached out to Ores several times in the past year to tell him to pay the taxes but did not receive a response, Clemente said. Ores, though, said he asked Clemente if he could set up a payment plan but never heard back.

For nearly 20 years, Dr. Dave, who founded a health care co-op for restaurant workers in 2008, has treated the uninsured, telling people to simply pay what they can. Following Hurricane Sandy, he provided free food and medical care for anyone who needed it.
Posted by Grieve at 5:13 AM

I'm still confused about whether Dr. Dave rents or owns his space? if its a lease then shouldn't the tax code be the problem of whoever he leases from? can anyone clarify for me?