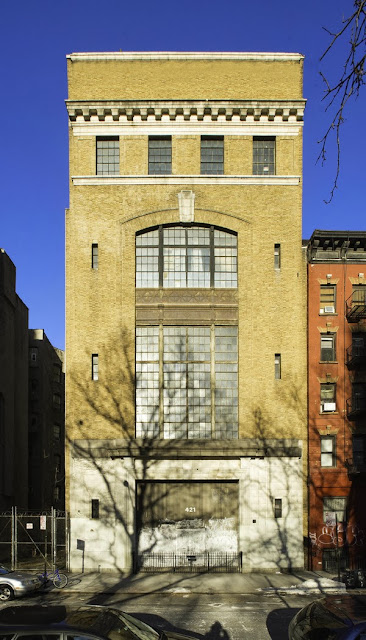 Back in May, a reliable source told us that The Brant Foundation was in contract to buy the longtime home-studio of the late Walter De Maria for use as an exhibition space.

This sale has been confirmed. The Real Deal reported that billionaire businessman Peter M. Brant paid $27 million for the building at 421 E. Sixth St. between Avenue A and First Avenue, according to property records filed with the city yesterday.

Here's more about the Greenwich, Conn.-based Foundation via its website:

The Brant Foundation Art Study Center, designed by Richard Gluckman, has a mission to promote education and appreciation of contemporary art and design, by making works available to institutions and individuals for scholarly study and examination. The Brant Foundation Art Study Center presents long-term exhibitions curated primarily from the collection. The collection is remarkable in that scores of artists are represented in depth, including works from the earliest period of their practice through their most recent works. Currently, The Brant Foundation, Inc., established in 1996, lends works to more than a dozen exhibitions per year.

Paper magnate-publisher-art collector-wealthy person Brant is the founder and president, as you may have guessed.

I have always like this building and am relieved it will not be demolished in favor of more generic luxury housing. I know not everyone is thrilled by this development and yes it probably means even more tourists wandering around as with the Bowery but at least another form of art will be introduce to the EV.

Are these guys going to change the facade? Glass windows.. art being seen from the outside?

His sons are quite notorious for their partying ways in the fashion circle.

This building is quite big - I'm assuming they would have a space for hosting events/parties.