A stop by the Rogue House Salon on 7th Street 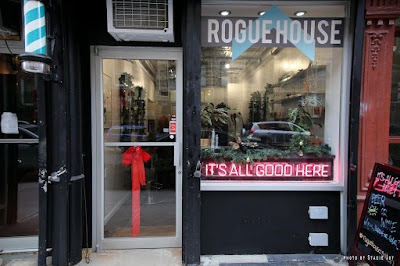 Seventh Street between First Avenue and Second Avenue is arguably one of my favorite blocks in the neighborhood. Rogue House Salon at No. 76 is one of the newest businesses on the block.

Jamielynn De Leon opened the hair salon back in August. I recently asked her a little about the space.

"I came here 10 years ago and, like many, had dreams of 'making it NYC,'" she said. "The East Village has a special place in my heart. It was the first place I lived here.

"I worked at your Fifth Avenue salons. Once I had the experience, I knew I wanted to work in a downtown salon. East Village salons are the best — they are accessible and community oriented."

She worked at two salons in the neighborhood, Birds & Fellas and Fox and Jane, before deciding to open her own place. She lived on Seventh Street, and had on occasion frequented Jasna Hair Studio at 76 E. Seventh St.

When Jasna's owner later died, the space went on the rental market. "I was searching for a salon, and right in front of me was Jasna's for rent. I personally did not know what was going to happen, but ... I became the new salon owner."

And her vision for the space?

"Before starting the design, my architect said, 'what do you value?' and I said community. Then he said everything in the space will lead back to community. Rogue House has a barbershop vibe in a modern boutique salon. The decor itself has a house-like feeling as if you're hanging out in a living room. The people on the block come by, say hi and even have a drink from time to time. We are part of the community and happy to make an impact any way I can." 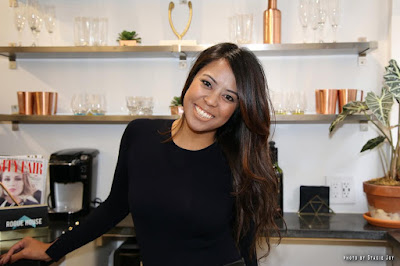 Photos by Stacie Joy
Posted by Grieve at 4:08 AM

Good luck to you, Jamielynn. Hair stylists are some of my favorite people :)

Do you do balayage? If so, count me in.