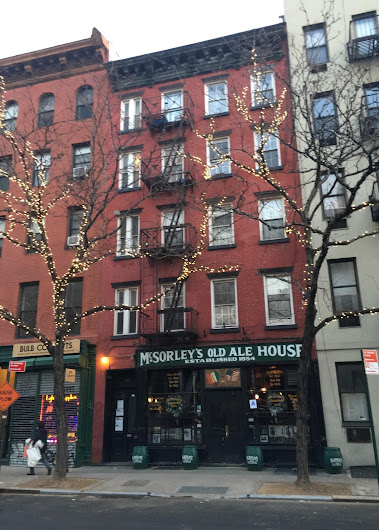 As we first noted on Nov. 10, the Department of Health temporarily closed McSorley's on Seventh Street near Cooper Square after an inspection "revealed several critical health hazards, including evidence of rat activity, food held at the wrong temperature, and conditions conducive to vermin and pest activity."

The bar passed a follow-up inspection and reopened on Nov. 14.

On Monday, the bar received its new health inspection grade – an A... 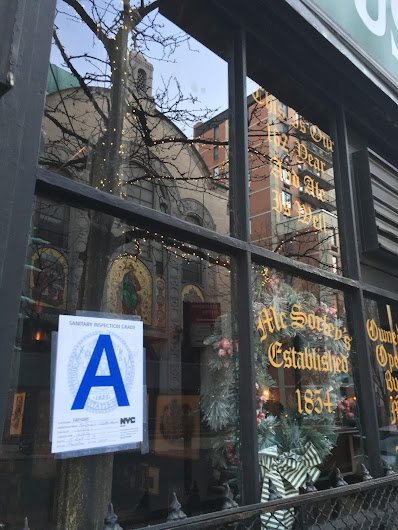 "I think it should be A-plus-plus," bartender Teresa Maher de la Haba told the Daily News.

According to DOH inspection reports, the bar has had A grades from the DOH in previous years. Owner Matthew Maher blamed the Cooper Square reconstruction for the presence of the rats after work was done in the building's basement, per DNAinfo.