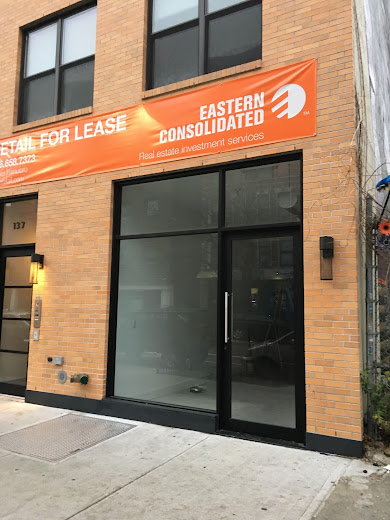 The recently renovated storefront at 137 Avenue C near Ninth Street will be the new home of Viking Waffles... the space will serve as both a wholesale manufacturing business and a retail outlet for the protein-rich waffles that are sold at several health-food stores and gyms, including Barry's Bootcamp.

The Commercial Observer first reported on this on Nov. 29. The article stated that the space was "slated to open this Sunday" (Dec. 4.).

Last we looked, the space was still raw. But you never know. So we checked it out again... Maybe it was a quick build out... 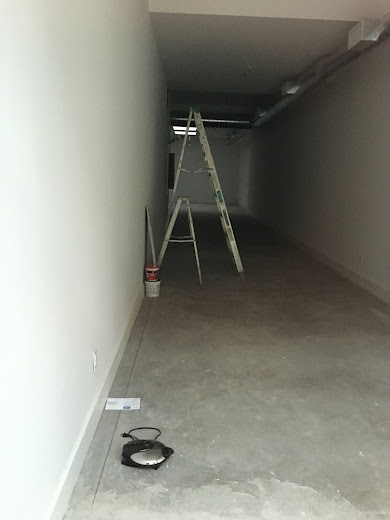 Well, hopefully the wholesale operation will feature more than one waffle maker.

Previously on EV Grieve:
Former Sunburnt Cow space on Avenue C is the new home of Viking Waffles
Posted by Grieve at 4:00 AM

I have a waffle maker I could lend them, please let me know.

This is only the soft opening. Dont worry. More to come.

If you like empty store fronts, check out http://skeetmotis.blogspot.com/search?q=store for a few - in 3D stereograms, no less!

In a pinch, I have a George Foreman grill with removable waffle plates; tell them to let me know if they want to borrow it.

Can I get my waffles with marshmallows? The saving grace is that very few of the restaurants / gimmicky places that opened in the EV in 2016 will be around by the end of 2017.

I was excited to try one of their waffles when I saw them on sale at West Side Market, then I saw the price. I can't remember exactly what it was now. But it was definitely north of $5 for one small waffle.

As that Viking commenter who refuses flu shots, I feel consternation at the heritage of my ancestors being invoked for waffles. I mean, I like waffles well enough ... but it is salmon and ice-cold temperatures that give my people brute strength and cool-ass steel helmets engraved with ümlaüts, not fricking waffles