New at Ray's for the holidays — apple fritters 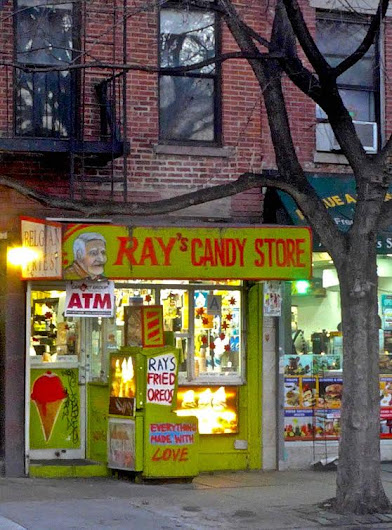 Over at Ray's Candy Candy Store, 113 Avenue A near Seventh Street, Ray has introduced a new menu item for the holiday season — apple fritters ... 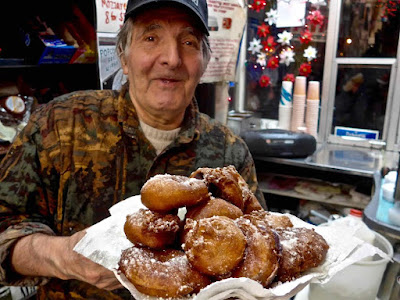 As EVG regular Peter Brownscombe reports, Ray produced the first offering (above) on Sunday. They were well-received. Pricing has yet to be determined.

As previously noted, photographer Whitney Browne, who works a few shifts at Ray's, is selling prints this month — all the proceeds are going directly to Ray. A set of four prints is $100 or $25 each (plus shipping). Per Whitney: "One print purchase = 2 hours Ray can pay someone to work in the store while he gets some rest." See a gallery of available shots here.
Posted by Grieve at 4:20 AM

Just bought all 4 prints! Can't wait to have them framed!