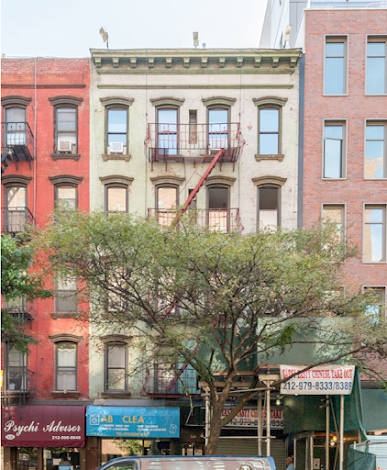 The 5-floor walkup between Avenue A and Avenue B has returned to the sales market.

Here are a few details via the listing:

Cushman & Wakefield has been retained on an exclusive basis to arrange for the sale of 534 East 14th Street, a mixed-use building in the East Village neighborhood of New York City.

• The building consists of 16 studio apartments, 2 of which were combined, over 2 ground level retail units.
• Plans exist to fully extend the ground floor retail units, which would double your commercial income.
• The train is located a block away at 1st Avenue and the crosstown M14 Bus runs along 14th Street.
• Take advantage of this opportunity to own a cash flowing investment property in one of New York’s most rapidly appreciating neighborhoods.

There are two retail spaces in the building. One of the spaces is empty after Tasty Tasty Chinese Take Out closed this past summer.

Asking price for the building: $9.5 million.

No. 534 is adjacent to the smaller of the two new Extell developments nearing completion on the block... 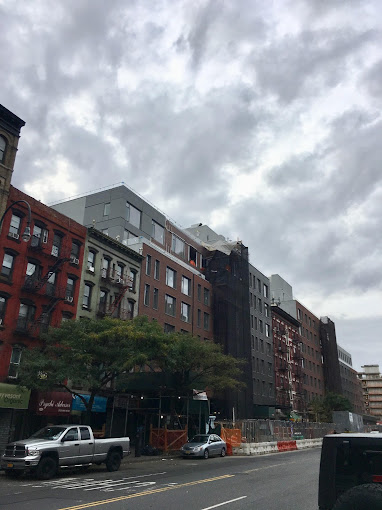 The building has been on the market a few times in the past four years with two different brokers, such as in 2015 when it was seeking $8.995 million.
Posted by Grieve at 4:25 AM

Unmentioned in any sales pitch is that is very close to the HUGE lower East side district Con Ed cancer complex and a big new Con Ed substation is under construction even closer down the street at 14th & Ave B.