Look at the old BP station on 2nd Avenue now 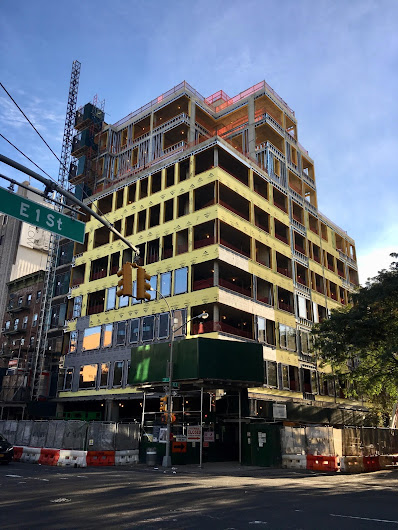 Here on Second Avenue at First Street (officially 32 E. First St.!), work is zipping along on the 10-story 31-unit condoplex at the site of a former BP station. 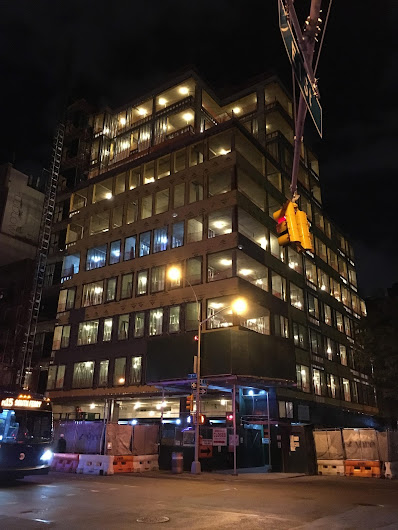 Sales started last month, with homes ranging from $1.175 million to $8.7 million. (Six of the homes are apparently already in contract, per Streeteasy.)

Here's a description of the building:

And here is the view from First Street... 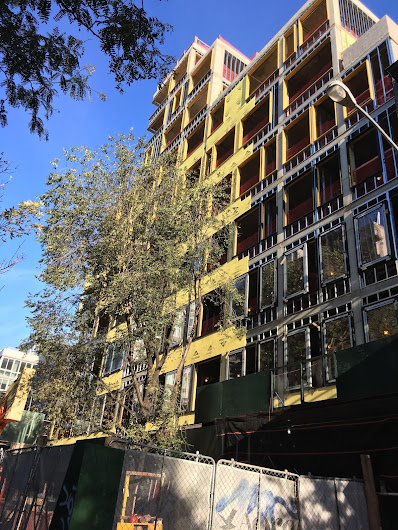 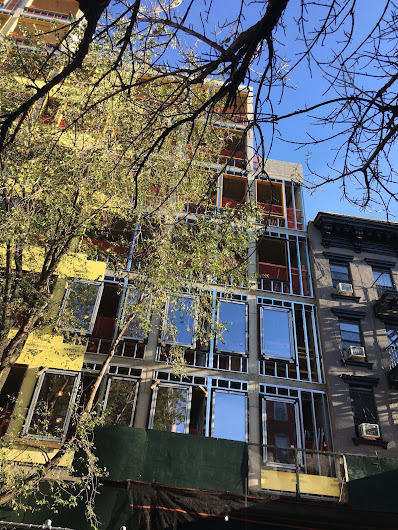 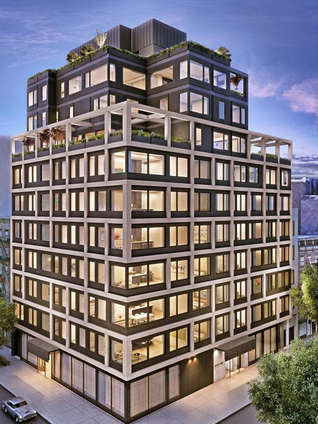 The BP station closed in July 2014. This was the second-to-last gas station in the East Village, joined later by the Mobil station on Avenue C and East Houston in September 2014.

2nd Avenue residential complex now complete with renderings on the plywood
Posted by Grieve at 4:24 AM

A good looking building for a change with modern windows compared to all those retro-industrial style which are everywhere.

I like the old walk ups of the LES. This building is a 20th century condo building built to look like faceless corporate commercial building. This goes with the high rises at Houston and Ludlow. Yuch.


Well Donnie, I wish you luck as you grow older and have health problems and can no longer manage "the old walk ups of the LES." Of course this condoplex and others going up in the LES are designed for millennials and their extraordinary salaries. I think we have to stop romanticizing the glories of the past--treasure them where applicable, but don't indulge in a fantasy--what about going back to bathrooms on each floor?

Well Donnie, I wish you luck as you grow older and have health problems and can no longer manage "the old walk ups of the LES."

My roommate lived to be 83, was climbing 100 stairs at least twice a day—for 40 years—and if his other health problems—cancer, heart disease—hadn't claimed him, would still be climbing the same 100 stairs at 85.

I tend to think he'd have died much younger if he hadn't had all those stairs to climb, and he agreed.

WHY is this developer permitted to create over-priced "market rate" units in a brand new 10 story building built on a parcel that was zoned for use as a GAS STATION ONLY on a block that is zoned for residential buildings no taller than 5 floors?

Too many concessions and incentives, including subsidies (funded by tax-payer dollars), tax abatements (no real estate taxes paid for many years) and zoning variances (allowing over-building on an existing building foot print) and MORE are GIVEN to politically-connected developers to build out-of-scale market rate housing for monied transients who have no connection or ties to our community.

How about preserving existing affordable apartments and adding to the stock of TRULY affordable housing by way of RESTRICTIVE zoning?

Unfortunately, it is all too clear what the master plan is and they're accomplishing their goals, one building at a time....

Yeah Scuba I've heard you post that information before. That's terrific, but not everyone is hale and hearty. Some of us have health issues and handicap issues.