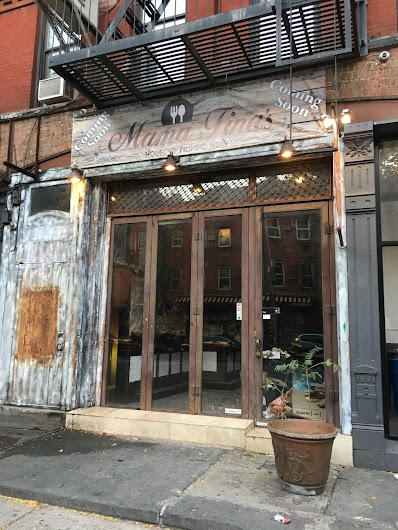 As noted earlier this month, Mama Fina's House of Filipino Sisig, an Elmwood Park, N.J.-based restaurant, is opening an outpost at 167 Avenue A.

The coming-soon signage arrived this past week here between 10th Street and 11th Street... 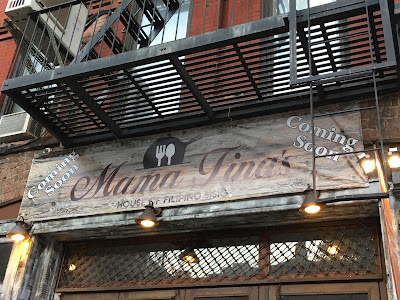 Don't know too much yet about what to expect here. The family-owned Filipino restaurant is open 11 a.m. to 7 p.m. in Elmwood Park, and serves breakfast, lunch and dinner. (According to Yelp, they are cash only at their N.J. location.)

The Avenue A Mama Fina will have a beer-wine license. They are on CB3's SLA docket in November, though they will not be appearing before the committee.

Moonstruck Eatery closed at No. 167 in July 2016 after one year of business.

Previously on EV Grieve:
Chelsea Thai coming to former Neptune space on 1st Avenue; Filipino fare for Avenue A
Posted by Grieve at 4:10 AM