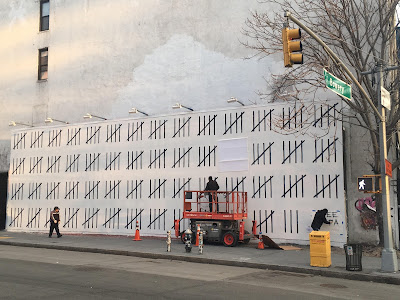 As mentioned yesterday, the Bowery Mural Wall had been painted over in preparation for the next installation here at East Houston ... that apparently happened late last night and early this morning (top photo from around 7:15) ... and later... EVG regular Lola Sāenz shared these photos... 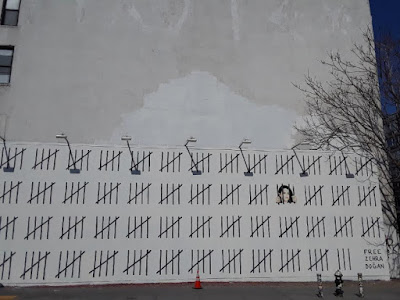 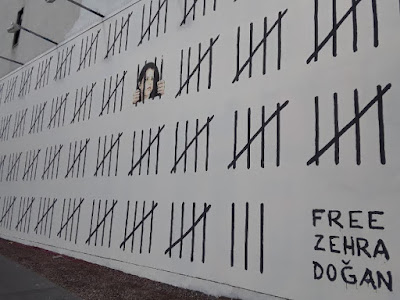 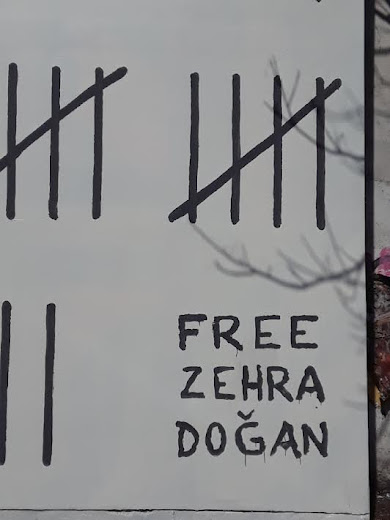 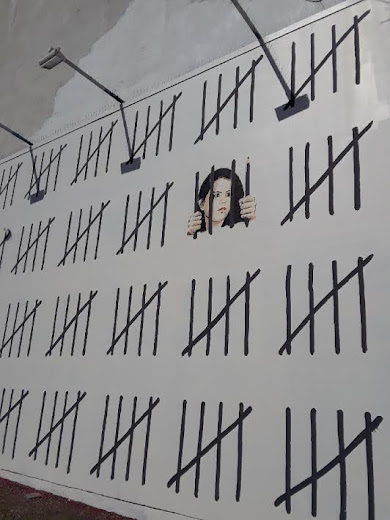 The Turkish-Kurdish painter and journalist Zehra Doğan has been sentenced to two years, nine months, and 22 days in prison for creating a painting which depicted the destruction caused by Turkish security forces in the Nusaybin district of Mardin province, a Kurdish region in Turkey.

Banksy also added a rat to the clock of a former bank of 14th Street and Sixth Avenue.
Posted by Grieve at 6:55 PM