Benny's Burritos & Empanadas will not be reopening on 7th Street 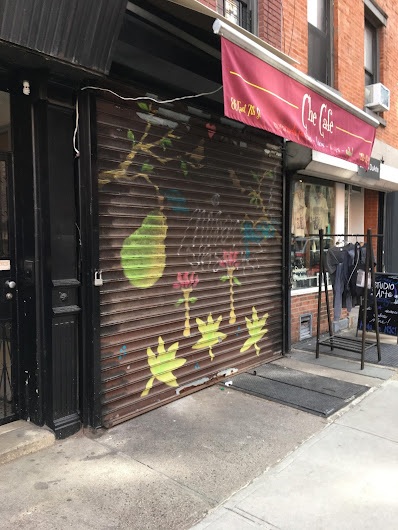 Benny's Burritos & Empanadas has not been open of late. And yesterday, owner Mark Merker confirmed that the small shop at 86 E. Seventh St. near First Avenue has closed for good.

Merker, who launched Harry's and Benny's Burritos in 1987, opened Che Cafe last April. In January, Che Cafe went dark for several weeks ... reopening at the end of the month with a new business partner ... as well as an expanded menu featuring burritos, empanadas, tacos and chicken tortilla soup, and a new name — Benny's Burritos & Empanadas.

"The partnership didn’t quite work out," Merker said in a Facebook message. "For now I will be doing catering only."

Benny's Burritos closed on Avenue A and Sixth Street after 27 years in business in November 2014. (The Benny's to-go space next door closed in February 2015.)

The 400-square-foot space has been on the market for the past month. The listing doesn't mention the asking price, which we hear is $4,200 a month. The space was home until the fall of 2016 to Abraço, the popular coffee shop/cafe that moved across Seventh Street.

Previously on EV Grieve:
A look at Che Cafe, home of empanada pouches
Posted by Grieve at 4:23 AM