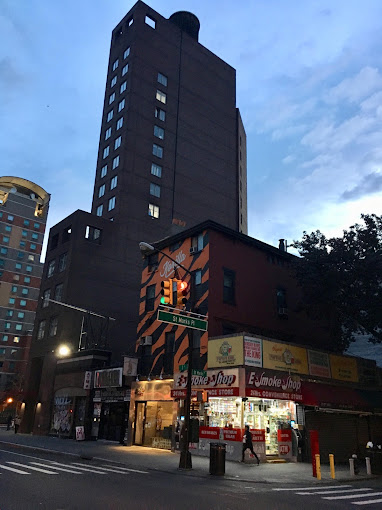 Permits were filed today to demolish the existing low-rise buildings at 3 St. Mark’s Place, 23 and 25-27 Third Avenue presumably to make way for the seven-story, 66,000-square-foot office building with ground-floor retail slated for this corner.

As reported back in November, plans are in the works to redevelop this three-building assemblage ... from the former McDonald's to the corner. 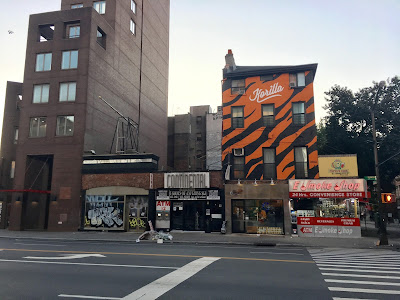 REEC picked up the 99-year leasehold for the addresses for a little more than $150 million, per The Real Deal.

McDonald's and Papaya King have already closed. The Continental said in January that their last day is July 1. There haven't been any closing dates announced yet for Korilla BBQ, E Smoke Shop and the smaller shops that line St. Mark's Place.

So far there aren't any new building permits filed for the property, owned by the Gabay family.

Report: NE corner of St. Mark's Place and 3rd Avenue will yield to a 7-story office building
Posted by Grieve at 11:30 AM

The only positive I can think of is that the new building could create a new context for the U-G-L-Y out of place Cooper U dorm. That building was the real mistake on that block.

This is a slow death.

Its been killing me, what happened to the Dj that used to sell his wares there for all those years??? he disappeared and didnt realize it until recently and it hurts my heart, i always said hi when i went there to hang out in my teens,he was always spinning what i think is 'house' or old school hip hop. do you know his name? does anyone know him? what happened to him when those spots changed ??

This buildings on this corner serve as the city gates to the East Village. Sucks to lose them.